Reports have it that some youths in Durumi II, a slum in Gudu District, Abuja, have allegedly killed a middle aged man over his brother’s alleged homosexuality. 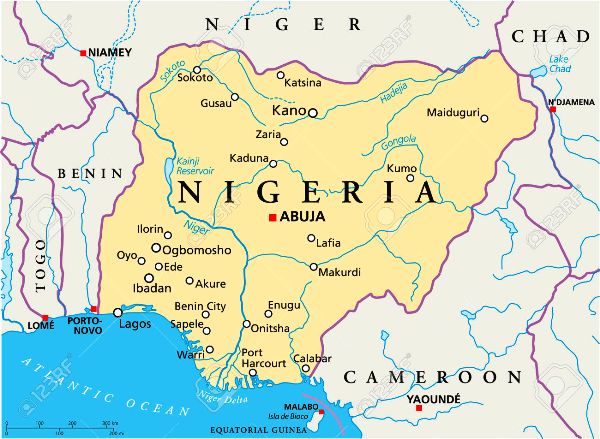 Map of Nigeria showing the location of Abuja

Daily Trust reported a sad incidence about how a certain Joy, was mistaken for his brother, Alex, who had fled the area since 2011 after the community’s youths threatened to deal with him over homosexuality.

Sources who spoke about the issue said that youths intruded the deceased’s compound at about 8.00pm last Tuesday demanding for Alex, the alleged gay man before they pounced on his younger brother who recently came to visit his mother from Lagos.

A source also revealed that the youths used axe and many other objects to hack their victim in his father’s house.

His mother, Mrs Esther, said she was in the bedroom when she heard the youths shouting, “Where is Alex, we heard he has returned home. Someone saw him when he entered this house about five minutes ago. He must die.”

She added that the youths said it was their responsibility to stop all those who were homosexuals in the community.

She said before she could rush out of the room, some of the youths had already pounced on her son striking him with different harmful objects that led to his death.

Daily Trust also said in the report that they reached out to the FCT Police Public Relations Officer, ASP Anjuguri Manza, who claimed that they are not aware of the incidence.

This is a clear case of jungle justice, murder and a vicious violation of human rights condemned under the constitution of Nigeria, and the perpetrators of these heinous crimes should be brought to book.

NoStrings will reach out to investigate and confirm the authenticity of this report, in the meantime, we are calling on all concerned to speak up against this very act, as we cannot stay back and watch this swept under the carpet of injustice as usual.