Fredrick [name changed for safety], a gay Nigerian man in his 40s, has resigned from his position at a top firm in Nigeria after years of being bullied by colleagues. 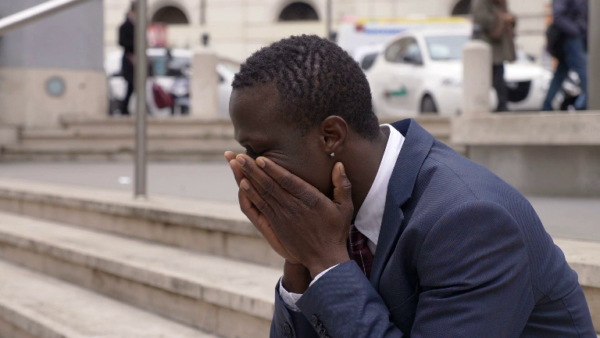 In Nigeria, LGBT persons face various kinds of discrimination and social exclusion on a daily basis, all based on their sexual orientation. Fredrick’s case is just one example of many.

Fredrick lives in Abuja and is in his late 40s.

Speaking to NoStringsNG about his situation, Fredrick said he couldn’t endure the mental torture that came after he was outed at work, where he had pretended to be straight.

“I felt really different and torn within my spirit as my colleagues continued to mock me and called me all sorts of abusive names ever since they got to know that I am gay. I was also just tired of pretending to be straight”

Things started to fall apart for him after he told a colleague about his sexual orientation, he said.

“I was going through very depressive moments in my life, and I just needed someone to talk to. That was how I confided in a female colleague of mine at the office. But she went ahead and told everyone. After everyone at my office got to know about my sexuality, I couldn’t look straight into their faces anymore, I felt so ashamed.”

Despite the fact that he has not been confronted by the management about his sexual orientation, Fredrick feels isolated and unwanted at work. He is now making plans to leave the country.

“I am making preparations to [go] to any of the European countries where homosexuality is accepted, and where I can eventually marry and settle down. Life is too hard for me here, living and pretending to be heterosexual especially as I am getting older and being pressured by my family to settle down and marry a woman.”