Enugu police saves alleged homosexuals from being killed by a mob

Police in Enugu have rescued two men accused of being homosexuals from a mob who almost lynched them to death at Coal camp in Enugu. 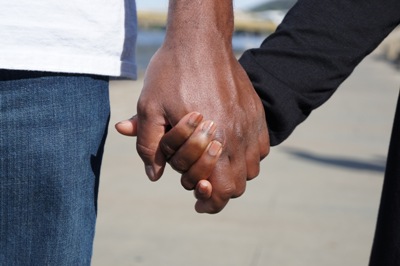 The incidence is said to have happened in Enugu on the 17th of July, and the two men are identified as Nonso Ejimene, 22, an Accountancy student in one of the tertiary institutions in the state and Odinaka Orji, 32, a driver.

A statement released by the Enugu state Police Public Relations Officer (PPRO), Ebere Amarizu, revealed that both men had been stripped naked by an angry mob before police officers arrived the scene to arrest the two men.

According to the police, they claimed that during an interrogation, one of the suspects, Nonso Ejimene who hails from Ezeagu Local Government Area, confessed, (possibly out of fear) that he was indeed gay, but had ‘changed’ (and then in a bid to save himself from the shame and humiliation) he claimed that it was under “satanic influences” that he tried to engage a relationship with one of the boys staying with Odinaka, identified as Chimezie.

Also according to the police, they claimed that Odinaka, who also hails from Oji River Local Government Area, who is also a married man, said that his wife had left him after she discovered that he was gay.

The police also said that Odinaka told them that he has tried several times to ‘cure’ himself from homosexuality and has even visited so many pastors for help, but nothing worked.

Of course, such attempts fail, because a person cannot change their sexual orientation, and homosexuality is not an illness nor a disease that needs to be cured. Homosexuality is natural; being gay is normal, as several research studies have proven.

According to the police, they said that he confessed that he tried to initiate a relationship with a boy living in the same room with him. The boy identified as Sunday, disagreed, and couldn’t keep to himself or just say no to the advances, instead ran out of the room, raised alarm which drew the attention of the angry mob who took laws into their own hands by beating him to a pulp, almost to the point of death before police arrived the scene to arrest them.

Both men have been taken into custody and are now helping police with their investigations.

Taking laws into one’s hands is a crime, and previous survey conducted by NOI polls in 2014 showed that a “lack of trust in law enforcement agencies” and “Illiteracy and the lack of awareness of laws” is a major factor contributing to the issue of jungle justice in the country.

Read also in the news:

No law says that people should be beaten or abused based on their real or perceived sexual orientation. At a minimum, a court needs to determine what action should be taken.

When someone makes unwelcome sexual advances to another, the only correct and polite thing for any reasonable person to do, is to say “No” and walk away. Simple.

Have your say in the comments section below.

- September 30, 2018
TAGS ArrestHOMOSEXUALITYLAWLGBTMobNIGERIAPOLICE
NEWER POSTbible actually does not condemn homosexuality?
OLDER POSTLiberian woman in love with another woman after male lover abandons her