bible actually does not condemn homosexuality? 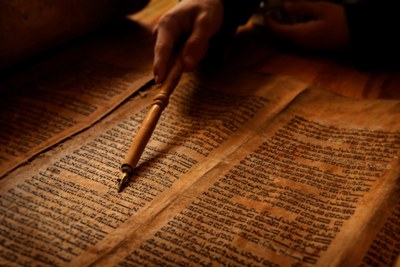 Those who use the bible to stand against same-sex relationships are twisting those Scriptures to justify the marginalization and oppression of an entire group of people.

Read below five points that will change what you think about the bible and homosexuality.

If the point of the text were to condemn all homosexuality, it is strange that women would be left out of the prohibition. The best concordances and modern commentaries no longer use the word “homosexual” to translate those phrases because they could mean other things. In any case, because the terms are not completely clear, the benefit of the doubt should be given to those being attacked.

The healings of Jesus seemed to focus on people whose illness would render them “unclean” by the Levitical Code, and one of the first converts to the new religion was a Eunuch. If the Levitical prohibitions were still intact that never would have happened.

Read also: Sodom and Gomorrah was NOT about homosexuality?

“This is what your sister Sodom has done wrong. She and her daughters were proud that they had plenty of food and had peace and security. They didn’t help the poor and the needy.”(Ezekiel 16:49)

“Hear the word of Jehovah, ye rulers of Sodom; give ear unto the law of our God, ye people of Gomorrah. What unto me is the multitude of your sacrifices? …And when ye spread forth your hands, I will hide mine eyes from you; yea, when ye make many prayers, I will not hear: your hands are full of blood. Wash you, make you clean; put away the evil of your doings from before mine eyes; cease to do evil; learn to do well; seek justice, relieve the oppressed, judge the fatherless, plead for the widow.” (Isaiah 1:10-17)

Amazing isn’t it? That so many unloving people in the church have taken stories and passages condemning mistreatment of the vulnerable, and used them to persecute the vulnerable?!

When heard in the spirit of love, the stories of the Bible are a source of ever-widening compassion. When heard arrogantly and lovelessly, the Bible becomes one of the deadliest books ever written. When we project our current prejudices upon the ancient stories we “weaponize” the text in the same way violent prisoners see every spoon as a potential knife.

Christianity was a call to a new understanding of humankind where there are no longer religious insiders and outsiders, no longer masters and slaves, and no longer gender roles. (Gal. 3:28)

Gay bashing is a renunciation of the very heart of Christianity.

- November 14, 2016
TAGS BibleChristianitySEXUALITYSinSodom and Gomorrah
NEWER POSTIndian film teaches how to explain homosexuality to children and parents
OLDER POSTEnugu police saves alleged homosexuals from being killed by a mob