Leo Igwe a Nigerian human rights activist and humanist have in his recent article kicked against the widespread notion that the rights of homosexuals are not human rights and that homosexuality is unAfrican. 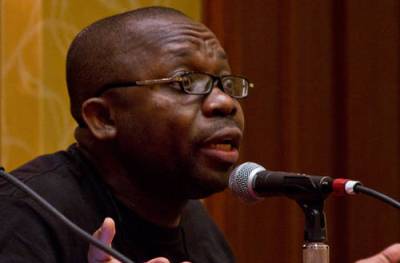 “Many nations in Sub-Saharan Africa have moved to tighten laws against homosexuality. They presented gay sex as antithetical to the African essence, hence the statement that homosexuality is unAfrican” The article stated.

The article which appeared on the Observer, further revealed strong concerns pointing out that people mostly used their religion to discriminate against homosexuals.

“Too often religion, culture, and tradition have been used to legitimise hatred and discrimination against homosexuals. God, Allah and other constructs of this imaginary asexual entity have been invoked to sanctify opposition to the human rights of gay persons.

Igwe, questioned the legitimacy and authenticity of religious texts and the so-called ‘Holy Books’. Explaining that people should be aware that all available religious books today were written by human beings whose identities and intents have remained unknown up till date.

“Texts that were written by human beings centuries and millennia ago but which clerics and preachers, godmen and women, theologians and faithful scholars have refused to disclose their true authors and intent have been used to justify norms that are spiteful of human rights of women, children, and minorities.

He also encouraged the need for critical thinking especially in Africa where people are mostly misled by religious leaders with dubious motives.

“A process of change motivated by humanity and critical thinking has become urgent. Such a process is an imperative for sociocultural renewal and rebirth in Africa.

In conclusion, Igwe disclosed what he has been doing with the humanist movement in Nigeria, and its impact so far.

“And to this end, the humanist movement has convened meetings and conferences to highlight the dangers and destructive effects of superstitions and irrational beliefs. There have been gatherings where the challenges to eradicating Osu caste discrimination were discussed. Campaigns to raise awareness of ritual killing, witch persecution, and religious extremism have been organised. Marches and protests have been staged to mobilise and conscientise the public, and lobby politicians and lawmakers against homophobic laws, or policies that violate the reproductive rights of women. Petitions have been sent to local, state and regional governments in furtherance of policy change and revision.

“These efforts have yielded piecemeal developments, support for victims of caste discrimination, ritual killing, witch persecution and religious fanaticism. These developments still fall short of the revolutionary outcomes and changes which are expected when critical thinking, not dogma or blind faith, becomes the driving force and the defining canon of resistance, and the realisation of social change in Africa.