Lazarus Muoka, a Nigerian pastor and founder of the christian church Lord’s Chosen Charismatic Revival Ministries, on Sunday labeled all homosexuals as sinners. 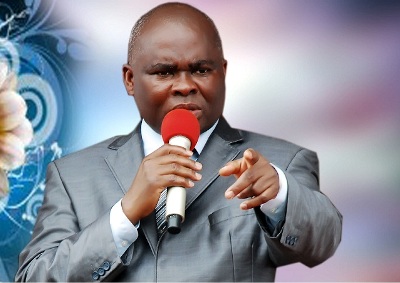 At the event which took place at the Chosen Revival Ground, ljesha, Lagos, Muoka in a self righteous manner, condemned acts he considered to be immoral which included homosexuality.

Listen: The Truth About Homosexuality And Christianity – With Dr. Stephen Lovatt

“Or maybe you are involved in homosexuality, lesbianism or into kidnapping, murder, ritual, amend your ways. The bible says there’s no peace in the Lord with the wicked.

“Those who are experts in taking and giving bribes, or force money from people, that is sin. Or maybe you are involved in smuggling, smoking, alcoholic drinks, whether you are drinking it or selling to people or serving people, you must repent and not drink it, not sell it to people, not work in breweries and not work in any hotel where such things take place,” Muoka said.

The Christian event as usual, recorded a lot of unverified healing and miracles from strangers who claimed to have been completely healed from different illnesses, such as mental illness, deafness, body pains and paralysis amongst others.

Nigeria remains one of the most religious countries in Africa, as an increasing number of Nigerians flood churches regularly seeking for validation.

Nigerians claim to be either Christian or Muslim, but in reality hypocritically many hold on to different strange religions and faith.

Many Christian scholars and expert bible critics have several times explained that the bible has been misinterpreted by religious leaders to suit their selfish interests.

The issue of homosexuality within the Christian domain has remained very controversial, while many have come to the conclusion that defining and living with one’s own truth is the best possible way to stay positive in life.

Listen: YES! You Can Be an LGBTIQ Christian – Elizabeth Funke Obisanya

In truth, the issue of sexuality and how people should express themselves remains personal, and when dealing with sensitive issues as that mentioned, caution is advised, and peoples human rights should as well be taken into serious consideration so that we do not cross the line.