The deputy health minister of Tanzania, Hamisi Kigwangalla, has ordered three purportedly gay men to turn themselves in or face arrest for “promoting homosexuality” through social media. 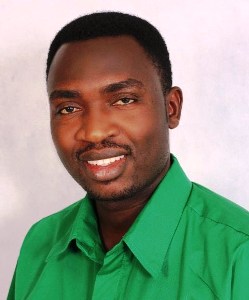 This comes as part of a renewed Tanzanian focus on anti-LGBT policies; the East African country has taken to zealously chasing shadows on top of its already-criminalized same-sex activity. Kigwangalla in particular has been zealous in his bigotry. He has gone so far as to scale back the country’s vital HIV/AIDS prevention programs:

Kigwangalla accused HIV treatment organizations of “promoting homosexuality.” “Any attempt to commit unnatural offenses is illegal and severely punished by law,” Kigwangalla said in the statement. People convicted of same-sex liaisons in Tanzania can be jailed for up to 30 years. The health minister, Ummy Mwalimu, explained in a statement last month that officials had suspended HIV/AIDS outreach programs for gay patients to review whether they promoted same-sex relationships.

This troubling pattern has also included the banning of LGBT charities and the quixotic banning of the import of lube. The repressive atmosphere seems likely to continue.