Recognizing the lack of social inclusion of LGBT people in many parts of Africa, the advocacy organization Living Free UK is determined to fill that gap by creating a safe space and empowering LGBT people in Africa to be creatively expressive in various art forms.

From the African Human Rights Media Network
Subscribe for free in the box at right.

The organization is empowering and rewarding talented LGBT African musicians, poets, and other creatives through its talent-hunt initiative “The Cool-Off Zone Got Talent”,  a show on the Clubhouse social media platform, which specializes in voice-based engagements.

The talent hunt, which has now concluded its second season, was launched in 2021 by Living Free UK, an LGBTIQ UK-based organization working to support LGBTIQ+ Africans, people seeking asylum, and refugees in the UK.

According to Dan Yomi (also known as Daniel Asaya), the founder, and director of Living Free UK, the show was launched to promote and showcase LGBT African talents and creatives, especially those living in Africa. 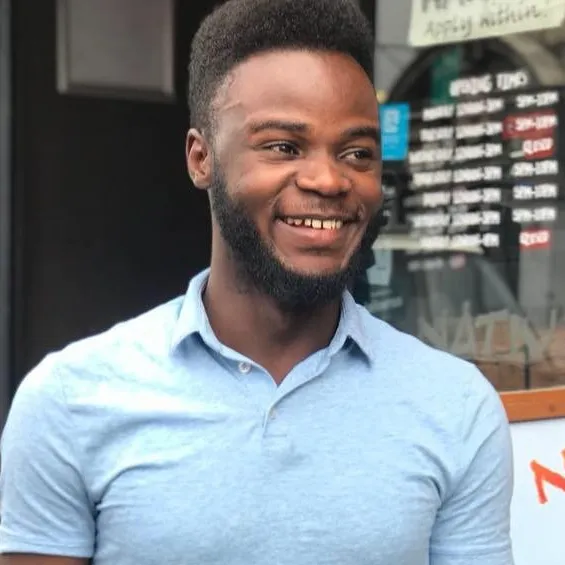 Yomi also stated that the initiative is a step towards realizing his long-nurtured dream of providing opportunities and resources for especially young LGBT Nigerians with various talents to express themselves and pursue their dreams.

“Supporting LGBTIQ Africans is what I have always wanted to do. Here in the UK, I am using the opportunity that I have now to ensure that LGBT people in Africa have a platform for exposure to showcase their talents and be rewarded for their efforts. With the support offered through our recent imitative, most LGBT people will be encouraged to pursue their dreams and careers.”

Participation in the show is completely virtual and emerging winners are rewarded with a lump sum of N200, 000.00 (two hundred thousand naira) to support their craft, start a small business, or solve a pressing financial need.

Funds for the initiative come from donations by members of the Cool Off Zone, a Living Free U.K. social hub that allows LGBTQ+ Africans to connect on the Clubhouse platform.

In Nigeria and in most parts of Africa where homosexuality is criminalized, the entertainment industry can be toxic for LGBTIQ+ people. This is evident within the film and music industry, where LGBT people are expected to pretend to be heterosexuals.

But with initiatives such as this, LGBTIQ people in Africa will not only get the chance to express themselves in a safe and non-judgmental space but will also be rewarded for their authenticity.

According to Yomi, the initiative isn’t just about providing financial independence but also about building and restoring the confidence of LGBT people who might be struggling with self-esteem issues as a result of how they’ve been treated unfairly and socially marginalized by Nigerian society.

“The struggle is real. It can be very exhausting for LGBT people in Africa to live in denial. As a queer man who has lived most part of his life pretending to be straight, I know exactly how that feels. I am particularly excited about this opportunity because it offers a ripple effect. LGBT people will not only be rewarded financially but I strongly believe that the experience will have a positive impact on their mental health and restore their confidence, especially for those who might be struggling with self-esteem issues,”

Joey, the season two winner of the show, says he is impressed with the initiative and is looking forward to the show’s third season.

“Winning the cool off zone got talent (CGT) Season two was a scary yet beautiful experience mostly because I was overwhelmed by the amount of mind-blowing and passionate talents I had to compete with for the win. The talents this season are ALIEN SUPER STARS in the making and quite frankly anyone could have emerged as the winner. I am earnestly looking forward to what next year’s contestants would be bringing to the table and the amazing show the production team would be organizing for us as usual,” he said.