Nollywood actor Kelly Joseph has spoken about the need for LGBTIQ+ inclusion and positive representation in Nollywood. 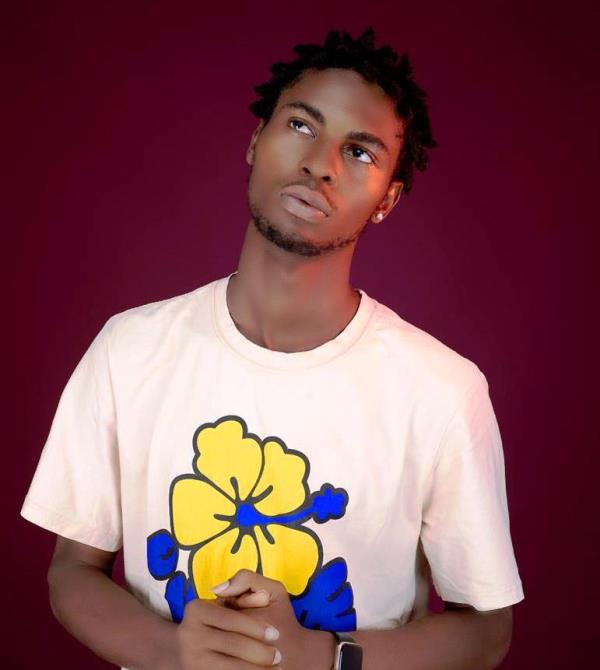 In a conversation with NoStringsNG, the budding actor, and musician who has featured in several indie-Nollywood films, also spoke about his life as well as his role in ‘Tack’, a recently released Nollywood gay-themed romantic family drama.

Below is the full conversation with the young talented actor.

Tell us about yourself, growing up, your education, and how you discovered that you could actually act.

My name is Kelly Joseph (AKA) Kelly Jay. I’m from Delta State born and raised in Ajegunle. I attended secondary school, but sadly, did not get the chance to finish due to some circumstances. Actually, entertainment has always been my thing. As a teenager, I used to be in a drama department at church, but looking at career options, I seem to be more interested in music.

So please can you tell us a bit about your journey into acting and why queer films?

Well, I’ve never had the intention of being into acting because music has always been my main focus in the entertainment industry. Why queer Movie? Well, let’s just say I was approached into acting so I decided to give it a try, and I am still looking at where that is taking me.

Interestingly, your performance in the film Tack was fantastic; please can you tell us about your role in the film?

I really don’t know I think I just read the script and followed the vibe you know syncing myself into the character. But honestly acting in Tack came with its own challenges but I am glad it seemed to have turned out well judging from the positive reviews it has received so far.

Now talking about my role in the film, I took on the role of George, a young orphan who struggled with his sexual orientation as gay.

Also, getting familiar with the character further exposed me to the harsh realities that young gay people experience while growing up, especially in homophobic societies. So there’s more to this film, I’ll say that it isn’t just your everyday kind of gay film.

Since your involvement in the film, has there been any negative feedback/reaction and how have you been able to handle it?

Well, to be honest, I’ve had both negative and positive feedback from family, including friends asking me about my sexual orientation. When they do, I sometimes tell them that you don’t have to be a pastor before you can act as a pastor in a movie. It’s just a character and the goal is just to send a message to the audience.

So in your personal opinion, why do you think it’s important for LGBT people to be represented on screen?

The reality is that we are all humans and we all deserve a chance for our stories to be told. Storytelling is powerful, a very powerful tool I must say. If harnessed properly, it can bring about the deserving change that we all want to see. So yes, everyone including LGBTIQ+ people should have a fair chance to tell their stories and highlight their struggles and realities, in fact, to put it more bluntly, LGBT people have the right to be on screen.

And finally, what’s your advice to other young queer actors out there who might be struggling to get into the industry?

To most young queer actors out there, I’ll say that you do not need to suppress your talents. There are opportunities out there; you just have to grab them. Also, I must say that there are challenges in the industry and it isn’t easy being on screen. But with constant practice and determination, you’ll get there.