Uche Maduagwu the ignorant and troublemaker Nollywood actor was responding to a recent ‘controversial’ video which was made available online by Beverly Osu, a former BBA contestant and actress. 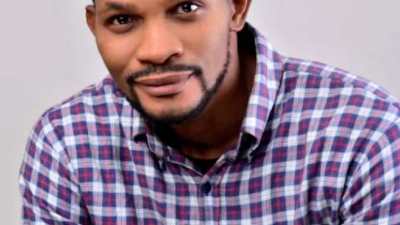 The video depicted what many considered to be lesbian acts. It showed her kissing another woman whom some people have identified as Maria, a Namibian ex-BBA contestant.

The video caused a lot of panic especially amongst many who do not understand the diversity of human sexuality, as some took to social media condemning the video.

It then seemed to have also caught the attention of Uche Maduagwu, who felt that it was his position to act as a moral police. 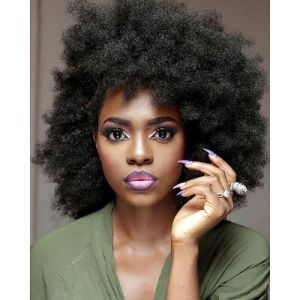 Find below what the actor said about the video and the acts portrayed in it.

According to him, “Shame! Shame!! Shame!!! The kind of “pikins” born now a days are a complete mistake. They are generations of wastefulness. I understand that some of our celebrities were molested at tender ages, I feel so sad about that because I am against child molestation.

In fact, I believe anyone who molest a child should be locked up in a maximum prison for at least 200 Years with hard labor. But let us face the fact, just because your Uncle sexually molested you when you were a little child doesn’t mean you should turn yourself into something else. I understand the trauma and pains, the agony of being abused.

I understand the physical, psychological and emotional pains that a young girl goes through, but becoming a lesbian in broad day light is not something a good woman should indulge in. 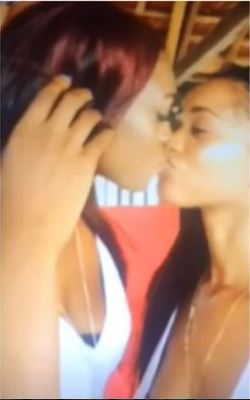 Caption from the video clip.

I know most of our female celebs struggle with lesbianism, its like a secret habit many of them have been trying to come out of but can’t. We are Africans, let us behave like one and not behave like imbeciles, the funny thing is that even the lower animals don’t practice this devilish act, a female dog will always mate with a male dog, same goes for Pigs, goats just to mention but a few…

But its crazy that grown up female adults stoop so low as to sleeping and mating with each other. Please if you have no shame, remember you have so many kids looking up to you as their role models. Practice your lesbianism indoors, and stop advertising your foolishness in public. Anyways, i will be having series of prayer sessions for your soul, because you are a beautiful woman with so much potentials, but if you allow the devil to steal away your grace, you will be miserable for a very long time.“

The intention of the individuals in the video isn’t clear to anyone, seeing that the people involved has not spoken up about it yet, and so there is absolutely no need for labels.

Uche Maduagwu is absolutely wrong by trying to analyze the life of somebody he apparently knows nothing about.

A large number of animals have been seen to exhibit homosexual behaviors.

Shocking: Two Male Lions Fall In Love With Each other!

Human sexuality is very complex, which means that there is no single explanation to it. But the truth remains that, people are who they are.

Uche Maduagwu is therefore advised to research before making comments on sensitive subject such as this.