A recently released Indie-Nollywood film makes an impressive attempt at exposing the dangers of homophobia. 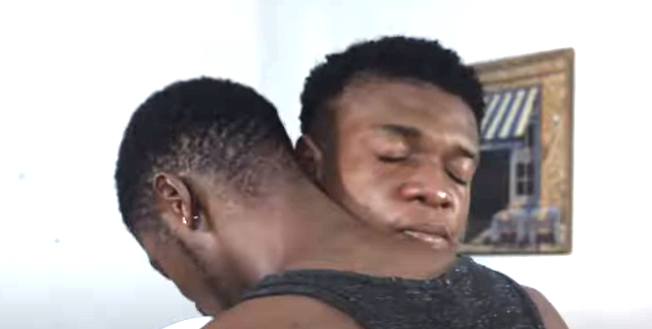 The film “Tack (Live & Let’s Live)”, released by Patsfield Production on YouTube, highlights issues affecting young LGBTIQ+ persons in Nigeria, particularly gay men who often struggle to navigate through the many challenges they experience as a result of their sexual orientation.

“Tack” is a family drama about two young gay men who find true love but are both pressured to give up their chance of being together by their families, who fail to recognize the validity of their union.

Even though it is obvious that the film was produced on a very tight budget and the majority of the actors are amateurs, they and others on the film crew perform impressively and deliver their intended message well.

The over 45-minute film has now garnered about 50,000 views on YouTube, where it can be streamed for free.

It addresses vital issues affecting LGBTIQ+ people such as family rejection, suicide, and religiosity, and most importantly, reveals how homophobia can drastically and negatively impact the lives of gay people.

Speaking to NoStringsNG about the film, the CEO of Patsfield Production and the producer of the film, Patrick Kidochukwu Iwe, revealed what inspired him to make the film.

“My primary intention was to expose people’s hypocrisy towards gay people — watching how people try to deny the existence of gay people whereas there are gay people everywhere doing amazing things. I wanted to tell a story that will create that awareness and expose the dangers of discriminatory behaviors towards gay people.”

Iwe also spoke about the many challenges involved in making a queer-themed film but said nothing will deter him from continuing.

“My major concerns were mostly about fear of the unknown and basically about what people will say. Another major challenge was about getting suitable actors who would agree to play LGBT characters. I got a lot of rejection from people who did not want to be affiliated with the project because it had to do with homosexuality.

“And then lastly, I also struggled with securing funding. No one wanted to provide money, so I ended up self-funding the entire project. Despite these challenges, I am poised to do more.”

You can watch the film below.