Nigerian trans/intersex activist Emmanuella David-Ette has been proudly listed as one of Africa’s 100 most inspiring women of 2022. 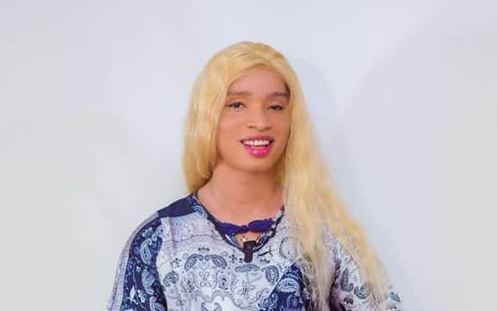 The activist who is also known as “Mystique Evolving” is listed amongst other women change-makers from across Africa.

Leading Ladies Africa, a women-led Nigerian non-profit organization that compiled the list, described the women as a ‘chronicle of pathfinders, trailblazers and captains of industry who have chorused a defiant ‘no’ to the gaping gender divide in Nigeria and across Africa’.

Speaking to NoStringsNG about making the list, she said:

“I am very excited to have been honored in this manner. I had told myself years ago that I would love to make a great impact that would encourage people, especially people of my kind. Creating so much awareness for the trans/intersex community years ago, 2013/14 precisely, I told myself that I must rewrite history, that irrespective of the hate, drama, unfriendly laws, I must forge ahead. There are narratives around trans/intersex people that are fuelled by societal, religious, cultural, and personal biases but this award gives a positive narrative to everyone irrespective of your Sexual Orientation,  Gender Identity, Expression & Sex Characteristics (SOGIESC). This award is a beacon, a clarion call that we can achieve anything irrespective of the bottlenecks created by the system, this award is screaming loud and clear to others “Don’t Give Up, We Can Still Make A Change Despite the odds”, This award is screaming, “Despite it all, the world is yours for the taking and you’re a pathfinder”.

Emmanuella is amongst the very few Nigerians who are working relentlessly to amplify the voices and visibility of trans/intersex persons through her organization Dynamic Initiative for Healthcare & Human Rights (DIHHR).

In Nigeria, homosexuality is criminalized and trans women are often viewed as gay men pretending to be women or men who are just playing dress-ups. Through various initiatives, Emmanuella’s organization works to debunk these types of negative narratives as well as empower other trans/intersex persons to live their truth.

Just like for every other frontline human rights activist, for Emmnauella the journey came with its challenges. Quite recently, on BBC news pidgin, she spoke about some of the challenges she’s had and also about her personal journey as a trans/intersex woman, coming out, relationship with her family, and her marriage.

Will gay Nigerians ever be free to openly live their authentic lives?