John Adewoye, a gay former priest from Nigeria, has received an award in recognition of his work supporting LGBTIQ African refugees who flee to the U.S. from their home countries. 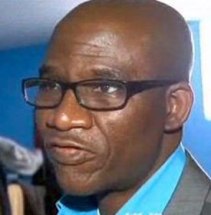 For gay Africans, life can often be difficult and dangerous. Anywhere, but especially in the 32 African countries where homosexuality is illegal, LGBTIQ persons often face persecution that leads to a decision to seek asylum in gay-friendly destinations where they’ll be able to live their authentic lives.

The United States is one of those places where LGBTIQ Africans seek asylum. In many cases, Adewoye steps in to lend a hand to those asylum-seekers.

Through his U.S-based charity, the Center for Integration & Courageous Living [CICLIV], which he founded in 2006, Adewoye provides LGBTIQ African immigrants with support that enables them to live in the U.S. 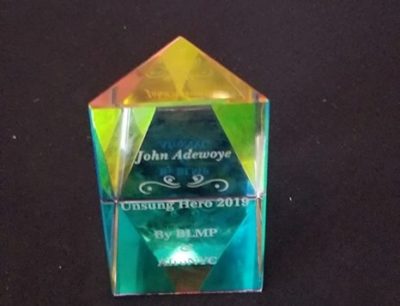 Adewoye is a former Roman Catholic priest who is now happily married to his Nigerian partner.

In Nigeria, he had waged a lengthy battle with himself over his sexual orientation. He eventually resigned his position as a priest and went to the U.S. with the aim of finding a “cure for his gayness.” The quest failed after he discovered that homosexuality is not a disease, so therefore has no cure.

In recognition of his overall support for the African LGBTIQ community, Adewoye this month received the Unsung Heroes Award from the Black LGBTIQ Migrant Project [BLMP] and AfroNYC.

In a chat with NoStringsNG after Adewoye received the award, he said:

“The award is a source of morale boosting to all LGBTIQ to be more committed in actively supporting the cause of LGBTIQ rights.”

The award was organized as part of the 2019 Pride Celebration, marking the 50th anniversary of the Stonewall Riot, which many consider the beginning of the battle for LGBTIQ rights globally.