Members of a group of vicious anti-gay criminals were apprehended last week at Ibusa town in Delta State. 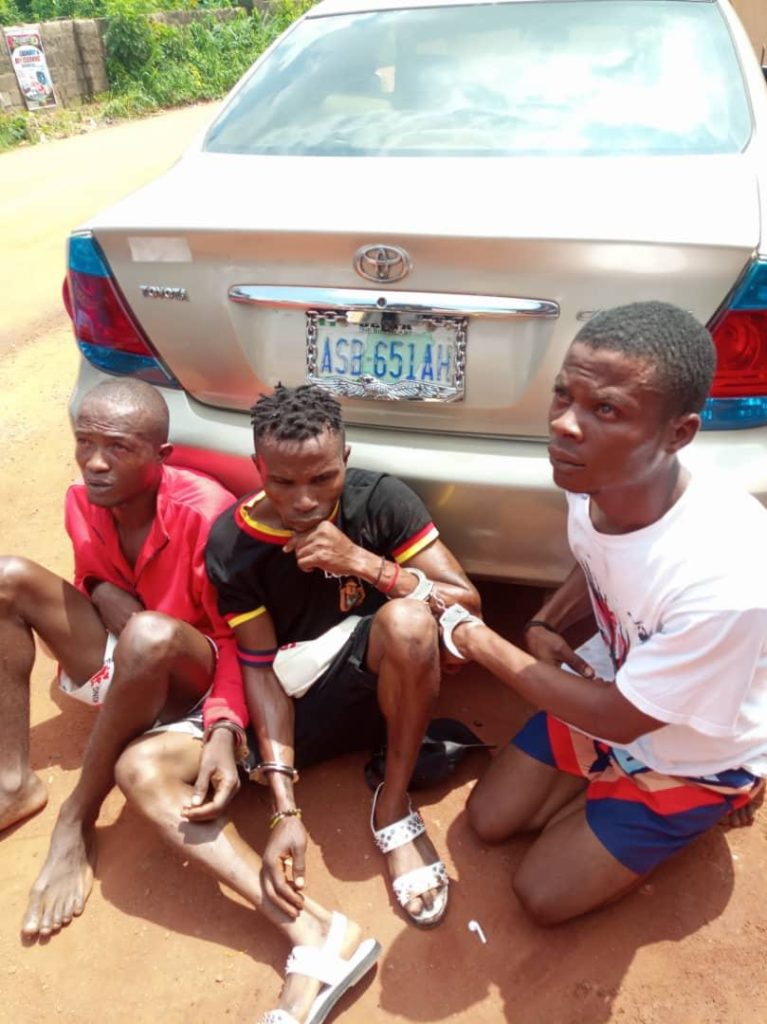 Three of the men apprehended at Ibusa town.

Members of the gang reportedly were arrested by officers of the Nigeria Security & Civil Defense Corps on Thursday of last week. They were taken to court to face charges of attempted blackmail, but were set free because their victim did not pursue the case. 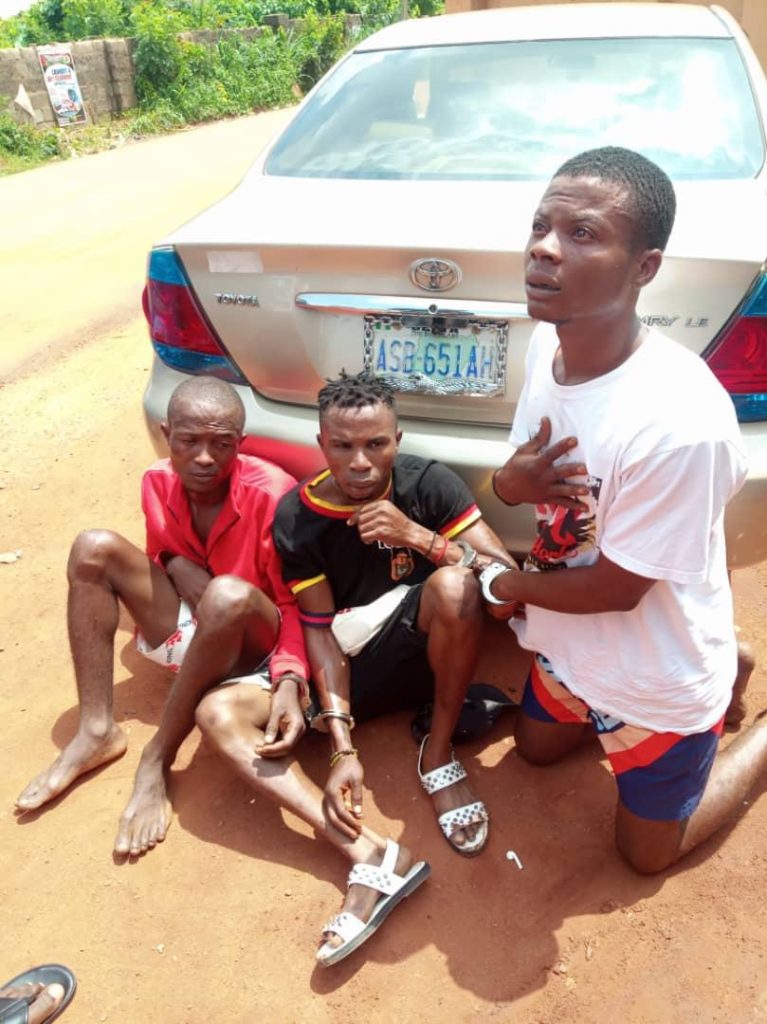 Another photo of the 3 of the men apprehended at Ibusa town.

The criminals are said to have been terrorizing people in the area since last year, especially LGBTIQ persons, who have often been their targets. Their victims are mostly lured from various social media platforms where the criminals set up fake accounts to entrap unsuspecting victims.

In an attempt to put an end to those abuses, delegates from Levites Initiative for Freedom & Enlightenment [LIFFE], a youth-led human rights organization in the Asaba area of Delta State, and the NoStringsNG LGBT advocacy website last year visited the Delta State commissioner of police and the traditional ruler of Ibusa town to make an official report against the group’s criminal activities. The police and the obi (traditional ruler) both promised to take action.

A few weeks after that meeting, some persons were arrested and taken to court on charges of blackmail and extortion. However, the case was later abandoned.

In a further follow-up on the case, on Thursday of last week three alleged members of the gang were apprehended after they attempted to blackmail an elderly married man.

During their interrogation by the security officials, they confessed to the crime, and admitted that they have been blackmailing and extorting LGBTIQ folks for a while.

“We had to beat him and asked him to pay us to free him. He asked his wife to transfer 28,000 to us. We know what we have done is bad and we want others to stop it, but just that we do it because we do not like that some men are sexually attracted to other men” One of the criminals said.

Following their confession, they were charged in court but, unfortunately, the victim did not follow up on the case. As a result, the suspected criminals were freed.

See the video of their confession below.

- November 26, 2020
TAGS Anti-GayBlackmailCivil DefenseExtortionIbusaLGBTIQNIGERIA
NEWER POSTCameroonian Lesbian to LGBTIQ people: Do not be afraid of who you are but consider safety first
OLDER POSTGay Nigerian ex-priest awarded for supporting asylum-seekers