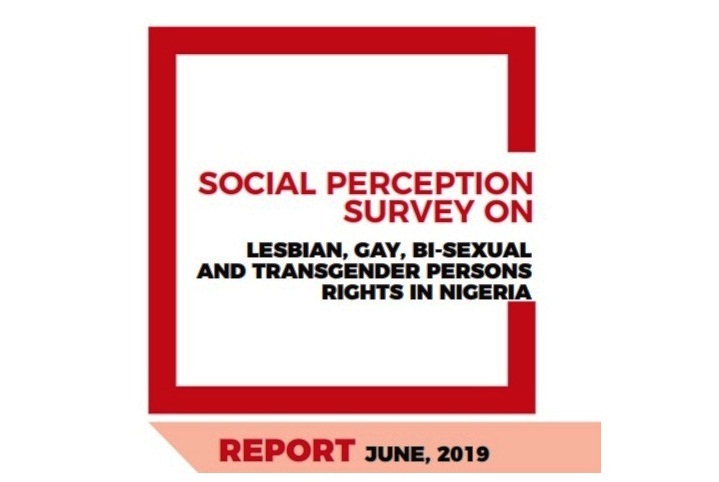 The survey was conducted by Vivid Rain Business Resources in all the 36 states and the results was announced by The Initiative for Equal Rights [TIERs] a pro-LGBT Nigeria-based organization in its fourth biennial Social Perception Survey on Lesbian, Gay, Bisexual, and Transgender (LGBT+) Rights in Nigeria.

As compared to previous reports, there seems to be a gradual positive increase in the way many Nigerians think about homosexuality and the colonial era laws which criminalizes certain homosexual acts including the Same-Sex Marriage [Prohibition] Act [SSMPA].

While the numbers are still very high and a lot of Nigerians still obviously remains homophobic and are ready to act violently toward an LGBT person, efforts put in place by pro-LGBT groups seems to be paying off really well as more Nigerians are now gradually moving towards a higher level of acceptance and tolerance, especially young people as evidently shown by the report.

In a statement following the release of the report, Xeenarh Mohammed, Executive Director of TIERs said, “Everybody deserves equal rights, and we are very happy that more people are recognizing this, and attitudes are changing. We are very proud of the work everybody is doing to ensure equality in Nigeria – from the NGOs to the Film and Music industries, the Writers, Bloggers and Journalists, and every activist doing their part. There is more work to be done, and we hope that more people will join in the fight against discrimination.”