President Muhammadu Buhari has ordered an investigation into an allegation of sexual abuse and exploitation at the camps of internally displaced persons in the northeast. 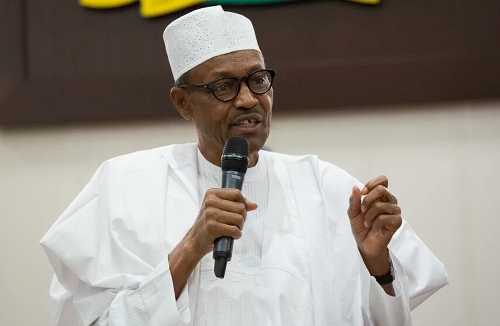 A detailed report by HRW accused security officials of sexually exploiting women and girls at the IDP camps.

Following as a response to the alarming report, the president ordered the inspector-general of police to immediately commence investigation into the issue.

A statement given on Monday by Garba Shehu, presidential spokesman, revealed the president’s feelings on the issue. It reads;

“President Muhammadu Buhari is worried and shocked by the recently released Human Rights Watch (HRW) report which alleges sexual abuse and exploitation of women and girls in camps for those displaced by the Boko Haram insurgency,” “The welfare of these most vulnerable of Nigerian citizens has been a priority of his government. Nigerians and the international community can rest assured that the allegations raised in the HRW are not being taken lightly.

“President Buhari has instructed the inspector general of police and the state governors of the affected states to immediately commence investigations into the issue. Their findings will determine the next course of action for the government and define an appropriate response.

“While the Nigerian military continues to work hard so that these unfortunate victims of Boko Haram terrorism can soon return safely to their homes, the government will do its best to ensure their protection and welfare in the temporary IDP camps.”

This is clearly a positive step in the right direction, as it was not too long ago that the president expressed his concerns for lesbian, gay, bisexual, and transgender persons, condemning all forms of violent acts carried out against LGBT people, even though he was lambasted and his sincerity questioned and doubted especially as he has never expressed concerns over the harsh and deteriorating condition of LGBT persons in Nigeria.

We are hoping that the president will also look into the recently published HRW report which highlighted the actual condition of LGBT persons in the country. 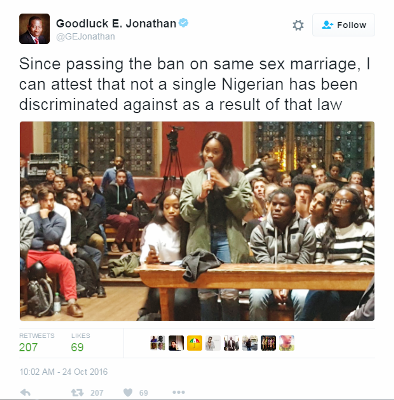 Our past leaders have really done nothing positive for the LGBT community in Nigeria; they fail to recognize that LGBT persons exist in the country and then make oppressive laws to silent them. The worst example we can reference is the previous administration led by former president Goodluck Ebele Jonathan who recently hypocritically lied in a tweet that LGBT persons have never suffered any form of discrimination since he signed into law the Same-Sex Marriage Prohibition Act.

There have been several documented cases of violence and abuse carried out against LGBT persons in the country, and the numbers has continued to increase since the signage of the law. A 2014 report put together by The Initiative for Equal Rights (TIERS) in collaboration with other human rights groups in the country revealed a shocking number of cases in different parts of the country.

READ ALSO: 2014 Human Rights violation based on SOGI in Nigeria

It is also shameful that right now Nigeria is seen as one of the most homophobic country in the world, a recent report also made this clear.

READ ALSO: Nigeria, now the most homophobic country on Earth?