UN calls for all countries to decriminalize homosexuality

Following several disturbing reports from different countries across the world showing how LGBT persons are treated, the UN has therefore called for a worldwide decriminalization of homosexuality. 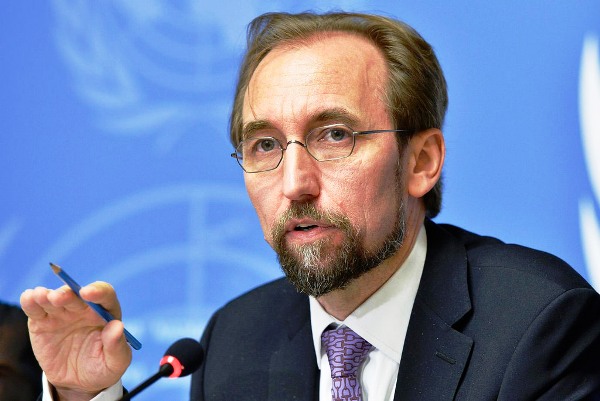 Following the new report, the United Nations human rights chief Zeid Raad al-Hussein, said that that lesbians, gays, bisexuals and transgender people are victims of “pervasive violent abuse, harassment and discrimination” in all regions of the world.

He also said that some countries are doing very little to protect its citizens from hate crimes based on their sexual orientation and gender identity as human rights violations has continued to increase in their regions since the last report in 2011.

The report closely looked at the issue of free speech, terrorism, and as well as other broader issues dealing with the rights of LGBTI persons.

In conclusion, it suggests that countries should work to remove bans on consensual sex between members of the same sex and work harder to pass hate crime laws that serves as protection for LGBTI persons.

Currently, homosexuality is criminalized in 74 countries including Nigeria. There have been countless reports of human right abuses and violations documented by activists and human rights organizations in the country.

Some northern states have adopted the death penalty which forms part of their sharia criminal laws.