(Banjul) – Nigeria’s Same Sex Marriage (Prohibition) Act, 2013 (SSMPA) has made a bad situation much worse for Nigeria’s beleaguered lesbian, gay, bisexual, and transgender (LGBT) community, Human Rights Watch said in a report released today. The law has led to an increase in extortion and violence against LGBT people and imposed restrictions on nongovernmental organizations providing essential services to LGBT people in Nigeria. 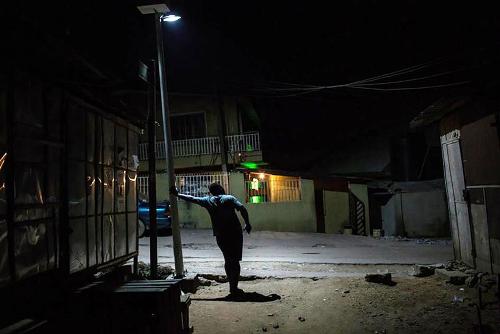 A gay man in Bariga, a neighborhood in Lagos, Nigeria, who said he hides his identity from his friends and family. © 2016 Glenna Gordon/The New York Times/Redux Pictures

The 81-page report, “‘Tell Me Where I Can Be Safe’: The Impact of Nigeria’s Same Sex Marriage (Prohibition) Act,” shows how the law, which took effect in January 2014, is used by some police officers and members of the public to legitimize abuses against LGBT people, including widespread extortion, mob violence, arbitrary arrest, torture in detention, and physical and sexual violence. The law has created opportunities for people to engage in homophobic violence without fear of legal consequences, contributing significantly to a climate of impunity for crimes against LGBT people.

“The Same Sex Marriage (Prohibition) Act effectively authorizes abuses against LGBT people,” said Wendy Isaack, LGBT rights researcher at Human Rights Watch. “While Human Rights Watch found no evidence that anyone has been prosecuted under the SSMPA, its impact has been far-reaching and severe.”

The report is based on in-depth interviews conducted between October 2015 and April 2016 with 73 LGBT people and 15 representatives of Nigeria-based nongovernmental organizations in Abuja, Lagos, and Ibadan. Human Rights Watch research indicates that since January 2014, there have been rising incidents of mob violence, with groups coming together to attack people based on their real or perceived sexual orientation or gender identity.

Former President Goodluck Jonathan passed the law, even though same-sex activity between consenting adults was already illegal and activists had not been advocating legalization of same-sex marriage. The law provides for prison terms of 14 years for anyone who enters a same-sex marriage or civil union and is so vague that “civil union” could include any form of intimate co-habitation.

The law also punishes establishing, supporting, and participating in gay organizations and public displays of affection with 10 years in prison.

The passage of the law was strongly opposed by domestic, regional, and international human rights groups, including the African Commission on Human and Peoples’ Rights. On February 5, 2014, Commissioner Reine Alapini-Gansou, the African Commission’s special rapporteur on human rights defenders in Africa, voiced concern about “physical violence, aggression, arbitrary detention and harassment carried out against human rights defenders dealing with sexual minority rights issues” in the wake of the law.

“Basically, because of this law the police treat LGBT people in any way that they please,” said an Abuja-based leader of a nongovernmental group. “They torture, force people to confess and when they hear about a gathering of men, they just head over to make arrests.”

The law contravenes basic tenets of the Nigerian Constitution and violates several human rights treaties that Nigeria has ratified. In April 2014, the African Commission adopted its groundbreaking resolution 275, calling on governments to prevent and punish all forms of violence targeting people on the basis of their real or imputed sexual orientation or gender identity. In November 2015, the African Commission urged the Nigerian government to review the law, to prohibit violence on the basis of sexual orientation and gender identity, and to ensure access to HIV prevention, treatment, and care services for LGBT individuals.

Nigerian authorities should act swiftly to protect LGBT people from violence, whether by state or non-state actors. Law enforcement officials should act without delay to stop all forms of abuse and violence against LGBT people, and ensure that LGBT victims of violence can file criminal complaints against their attackers.

The government of Nigeria should repeal the specific provisions of the Same Sex Marriage (Prohibition) Act that criminalize forming and supporting LGBT organizations and ensure that key populations, including gay men, men who have sex with men, and transgender people have access to HIV services, care, and treatment.

“LGBT people in Nigeria are not advocating for same-sex marriage, but they want the violence to stop and for human rights defenders and organizations that provide services to LGBT people to be able to operate without fear,” Isaack said. “Nigeria should respond to the African Commission’s recommendation to review the law, rather than remaining silent about the human rights abuses LGBT people are facing.”

HIV+ and gay in Nigeria? 4 Nigerians tell their stories of what it’s really like