Everyone knows life doesn’t stop at 45, yet many people think sex does. 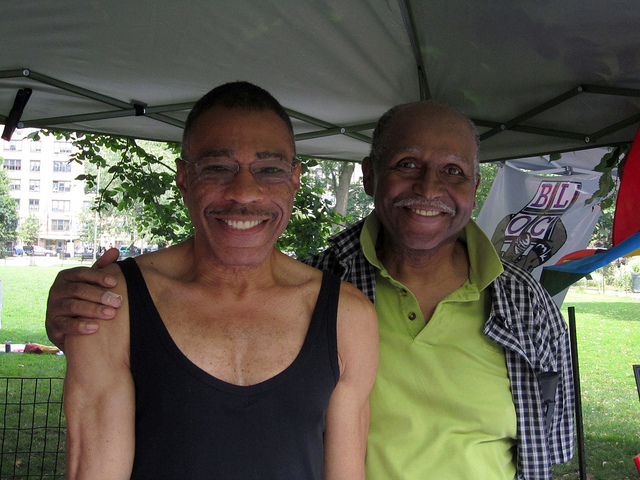 As we mature many gay men feel distanced from or unwelcome at some social venues, such as clubs or bars that cater to a younger crowd. Even on gay websites, some younger guys make older men feel unwelcome or make them feel as if they have become unattractive or simply invisible. Gay men sometimes treat each other as mere physical objects and they may feel purely judged in on the basis of their age and their appearance, leaving them feeling socially and sexually undesirable.

Many safer sex campaigns focus on younger guys, perhaps forgetting that we remain sexual beings as we get older.

WHAT YOU SHOULD KNOW

HIV and other STIs sometime overlooked in older people; healthcare providers forget that they are still sexually active and the symptoms of HIV may be similar to the natural effects of ageing process. It is therefore important that you get tested for HIV and other STIs.

Conditions attributed to ageing such as diabetes, cardiovascular problems and arthritis may occur earlier in men who are HIV positive, who may also be more prone to forgetfulness and depression.

WHAT CAN YOU DO?

There are many reasons to stop smoking and drinking including the fact that nicotine and alcohol contribute to erectile dysfunction (ED). Cholesterol can also be a contributing factor. HIV itself can cause ED as can taking medication (including ARVs).

Some healthcare providers are uncomfortable talking about sex especially with an older person. If you have concerns or question and need to talk about sex, raise the subject yourself.

Don’t use any products to boost your sexual functioning without your healthcare provider’s consent.

– Brought to you by — Sr Mduduzi Nzalo Radebe.