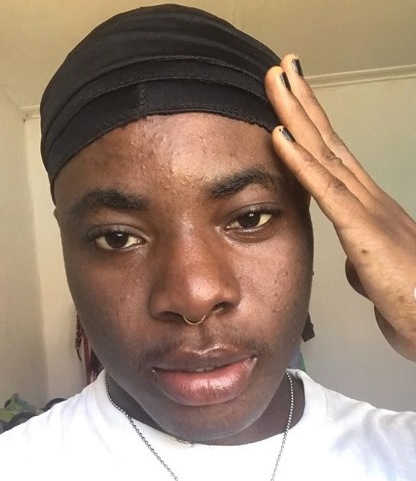 The SSMPA was signed into law by then-President Goodluck Ebele Jonathan in 2014 after much pressure from conservative Nigerians. Many people concluded that he supported the legislation to win favor with anti-gay voters.

In Nigeria, LGBT people suffer various forms of discrimination, arrested, killed, and brutally attacked on the basis of their real or perceived sexual orientation. That’s why Blaise has launched a petition asking the Nigerian government to repeal the law.

“Repealing the SSMPA will to a very large extent, curb this dehumanization/discrimination of LGBTQ+ folks in our society and further reassure the equality of all Nigerians irrespective of gender, class, sex, tribe, sexuality, and religion,” Blaise wrote.

At press time, the petition which was launched on change.org had garnered more than 800 signatures and counting.

Last year, Blaise who is an LGBTIQ+ human rights activist and feminist currently based in Lagos, shared a number of human rights violations that he suffered due to his sexual orientation.

Blaise wants as many signatures as possible in order to attract the attention of Nigerian lawmakers and to persuade them to take positive action.