“Homosexuality is not a threat to society” – Popular Nigerian author says

London-based Ivorian, Professor Veronique Tadjo, is an academic and a prolific writer who has published novels, poetry and a lot of children’s literatures. Having lived in Lagos for 2 years, born in Paris, raised in Abidjan, in the Ivory Coast, lived in South Africa for 14 years and subsequently lived in many countries across the globe, Tadjo describes herself as thoroughly Pan-African. In this interview with Vanguard Arts, the elegant academic who ranks among Africa’s widely read authors using their writings to further the cause of the continent, speaks on the subject of homosexuality, African literature and much more. Excerpt 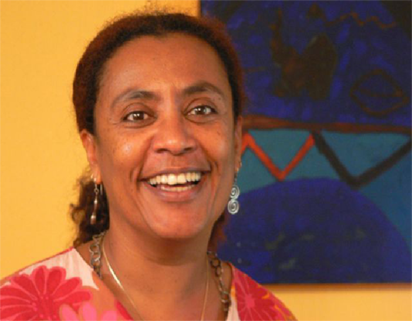 YOUR impression about Nigeria?

Wonderful! I’ve lived in Lagos for two years, I’m just here for Ake Festival and your people are nice and hospitable.

Your view about African Literature?

I’m very excited about African Literature, I think African Literature is doing very well. It’s got a lot of exposure on the international fair but what is interesting about it is that its looking at different themes, various themes and that makes it more complex and richer. And so it’s almost a kind of renaissance. Its like African writings have got another push. Very nice.

Also, what is interesting is that we are talking about the same theme but looking at different angles. But we are still battling with issues of tradition versus modernity or relationship between man an woman, we are talking about politics and instability and difficulty in our country. We are living in countries that are not easy to live in so we are battling with the same themes but in a different light. It is very interesting especially because its a lot of new generation writing, looking at the continent.

Read also: “Direct your anger to the thieves who loot us, not gay people” – Writer tells Nigerians

In Nigeria for instance, I know a lot of authors such as Chimamanda Adichie, Hellon Habilla, Ben Okri, Chris Abani, so many. I tend to go by authors not titles. You have so many good names and young people are coming up, e.g. Egoni. Nigerian Literature is doing very well.

The Shadow of Imana, Queen Pokou and some other works in your collection, project Africa in diverse light, what did you set out to achieve through them?

Africa has experienced so much sorrow that one cannot help but talk about that. Trying to escape our sorry memories cannot be a solution. So as a writer, my desire is to maintain clarity as much as I can when it comes to events that distress our world. For instance, Rwanda’s genocide concerns each one of us. In other words, I wrote The Shadow of Imana with the aim of creating a text that would be a space of memory without giving way to “afro-pessimism”. Queen Pokou revisits oral tradition. It aims at bringing out the fact that it is important to question some of the ideological message that makes us retrogress. In all these books, I believe I have succeeded in showing the world how lively and powerful African cultures are especially in terms of providing answers to the numerous challenges we face.

Are you saying that literature has addressed issues troubling Africa?

It’s work in progress. We are still looking at new themes, like today we talked about homosexuality, its a new theme in African literature. We don’t yet have much work that talk about it. There are so many other themes but the most important thing is how you address them.

Homosexuality has suddenly become an issue, why?

It has always been there for a long time. The problem comes from much ignorance. I think people have conceived ideas about what is homosexuality. For some reasons they think that it is a threat to their own lives that this is going to destroy society and it is not the case at all. The more you learn about it the more you know these are not people trying to destroy society. I think it has been an issue by politicising it so much, by making it a big event we have changed the nature of the problem. Its not a threat to society.

What inspires you writings?

African tradition of storytelling which gives me a great freedom of interpretation of our myths and legends, greatly inspires me. I have a duty to preserve the richness of our cultural heritage for the generations to come. Many of us live in big African urban centres or in the diaspora and are increasingly losing contact with oral traditions.

One after the other, our stories and mythical characters are disappearing. Instead of lamenting this phenomenon, I feel it is my role as a writer and as an artist to fight against alienation and amnesia.

It’s a small country compared to Nigeria. So we have the problem of publishing being a viable enterprise. Because we are small in number, we are thinking of coexisting, getting together with other Francophone countries so that we can have something bigger. But it’s the same thing. You will be very surprised that we are dealing with the same theme from our side.

But Nigeria is still battling with recognition…?

Which recognition? You have people like Chimamanda… No that’s not what I meant, I meant in terms of recognising the art. No! Its the same thing in my country. Unfortunately, government is not interested in art. Very often they think that artists are trouble makers.

I don’t know but do you think so?

You tell me. Well, I don’t think so. Artists make people think, entertain them. They are very important to the society. But leaders tend not to like them.

Read also: Author is disappointed that his anti-gay book is not selling

How do we get young people to read more?

Young people are always on the internet so we are thinking of the e-revolution, its affecting us as well. Everybody wants to have a cell phone, computer and wants to be on facebook, internet. E-books will be a good thing but more useful in education. Universities for instance where it is difficult getting books from libraries that are poor. So because children have computers, it will be good to have access to ebooks. Its an advantage at school level. I know that there are problems trying to get tablets for students, no solution to damaged devices and they can get stolen as well. The internet costs too much at the moment but once we work on this I think its a huge advantage.