Number of gay Nigerians seeking refuge in the UK increases

There has been a sharp change in the numbers of LGBT people seeking asylum, according to new figures. 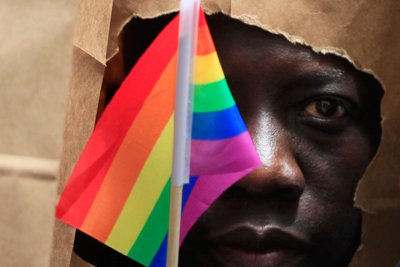 Numbers confirmed to PinkNews by the Home Office show a rise of more than 400% in five years.

1,115 people cited sexuality is a reason for seeking refuge in the most recent figures, referring to 2014.

That’s a rise from 2009 when there were just 200 cases relating to sexuality.

The government has previously refused to disclose how many asylum applications it has actually accepted from LGBT people fleeing homophobic countries, amid reports of degrading treatment and Home Office challenges.

People can seek asylum in the UK on the grounds that they face persecution in their home country because of their sexuality or their gender identity.

Shadow Home Secretary Diane Abbott told PinkNews: “One of the reasons that people are claiming persecution has been due to a series of African governments introducing the death penalty for homosexuality.

“Take the example of Uganda. Whilst we have made incredible progress, in many parts of the world there has been rise in threatening behaviour towards homosexuals and repressive governments have had a crackdown.

“Due to the work that aid organisations have done and civil rights campaigners – more people have felt that they can be supported and seek refuge.”

The most common place for people to seek asylum based on sexuality was Pakistan, where same-sex activity carries a sentence of two years behind bars.

Jamaica, Nigeria and Ghana were the other most common countries for those seeking asylum based on their sexuality.

The rise is most likely due to changes in processing LGBT asylum seekers.

Theresa May, then Home Secretary, ordered a review into the system after The Observer published an expose of degrading “interrogations” by Home Office staff, who often asked questions sterotyping gay people.

The Chief Inspector found a fifth of interviews conducted by caseworkers stereotyped gay people, and a tenth contained questions of an unsatisfactory nature.

Measures were subsequently brought in to prevent such interrogations and make the system work better for LGBT asylum seekers.

The Organisation for Refugee, Asylum and Migration (ORAM) works with vulnerable refugees who are fleeing war to get to safer countries.

“The number of LGBT people who make it through the system alive and request resettlements is small, it does not even reach the tip of the percentage of LGBTQI people that are represented in the international population.”

Grungas said that the United Nations Human Rights Council (UNHRC) is “very, very concerned” about the safety of LGBT refugees.

The UN predicts 170,000 resettlement places will be available in 2017, but 1.19 million refugees are considered eligible for resettlement – an even smaller percentage of the more than 60 million people that have been displaced globally.

Help and support with finding a new home is not always being offered to refugees, and so they are turning to other means to eat and live. Refugees in Greece are turning to sex work to support themselves financially as they have been stranded due to restrictive border control.

LGBT people are still in danger, and refugee’s are especially susceptible. The Orlando massacre saw over 100 LGBT people killed and injured. A further 100 transgender people have been killed so far this year, including a transgender activist in Pakistan.