Ezekiel Mutua, the self-appointed moral cop never lacks a comment on issues touching on social values. One such case is homosexuality in Kenya. In an earlier interview with The Nairobian, the CEO of the Kenya Film Classification Board said homosexuality is a crime in Kenya. 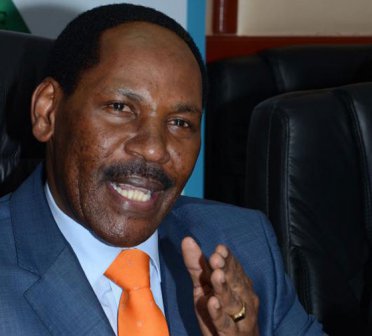 Read also: Kenyan Government moves to ban what it perceived as a lesbian podcast

“I have no problem with people exercising their rights, but according to our laws, homosexuality is a crime,” Mutua said, adding that, “No parent wants their children to see images of men kissing fellow men.” Mutua further explained that his only issue with the video was that it was promoting an illegality

If a gay person applied for a job at KFCB and stated in his CV that he is gay, I will employ him and treat him with respect,” he said.

Mutua who is loathed and loved in equal measure, added that, “I will expect him to keep his activities to himself, out of public scrutiny and children. Lock yourself in the bedroom and do whatever you want there,” Mutua said.