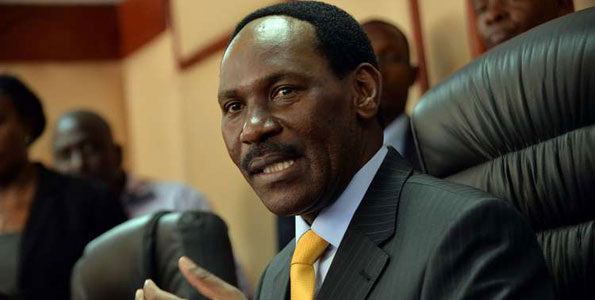 American tech giant, Google, has missed a one-week ultimatum to take down a pro-gay music video flagged as inappropriate.

Kenya Films Classification Board (KFCB) chief executive Ezekiel Mutua Tuesday said the board expected Google to bring down any flagged content within a week of reporting, but that the company remained non-committal on whether it would honour its request.

“I am reverting on this because the deadline ends today (Wednesday) and the least we expected from Google was a reply whether in the affirmative or not. It is important that Google makes a step on this,” said Mr Mutua in an interview day.

The regulator said the assumption was that Google was still holding internal consultations because “it could not be the only case they are handling”. Mr Mutua said the move to censure the video was in line with the board’s mandate based on the classifications guidelines.

The KFCB banned the music video titled “Same Love” by Art Attack (Kenyan artistes) claiming it was promoting homosexuality, which is illegal in Kenya.

The video is still online, having attracted over 130,000 views on YouTube, a Google-owned platform.

The video which was uploaded on YouTube on February 15 contains sexual scenes between people of the same gender.

In an earlier interview, a Google spokesperson in the US told the Business Daily that YouTube has clear policies which outline what content is acceptable to post, adding that the company removes videos violating the policies when flagged by users.

“We review government removal requests when notified through the correct legal processes and in keeping with our company philosophy on transparency and freedom of expression, we disclose these requests in our transparency report,” said the Google spokesperson in an email.

Google Kenya communications manager, Dorothy Ooko, could not discuss the progress made by the company in regards to the KFCB’s request, only replying that Google did “not have anything to say right now”.

“Once a decision is made we shall communicate,” said Ms Ooko.

In an email reply, the composers of the controversial song, Art Attack, said their intention was to create awareness around lesbian, gay, bisexual and transgender (LGBT) struggles in Kenya.

They said it is “interesting that the old guys at the KFCB were actually very instrumental in helping us get our message across”.

Art Attack said they do not consider themselves criminals as intimated by the films board.

“Our intention was to provoke a conversation and open people to the realities of gay couples and we are glad that it actually worked and is still working as we speak,” said Art Attack, challenging the board to prove that the video was shot in Kenya.

Mr Mutua in his response said that as much as they do not have prosecutorial powers they will continue to do their job and ensure that any stage or film production conforms to the law “and moral values” of the country.

“Help, my girlfriend is cheating on me with a woman” – Straight man writes