A new novel by a prolific young Nigerian author features gay characters, which could help increase the visibility of the gay community and possibly lead to greater understanding of LGBT Nigerians. 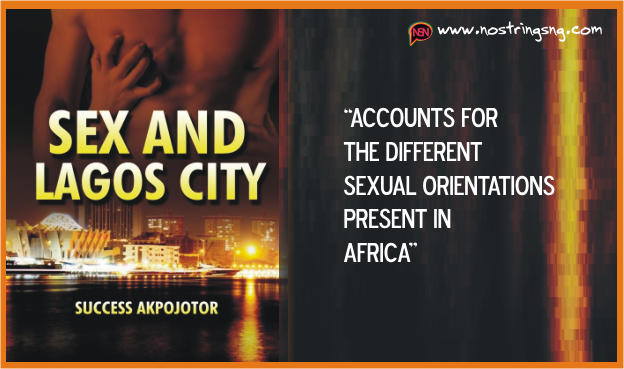 Sex and Lagos City cover and caption from the interview.

In a podcast interview session with NoStrings, Akpojotor, who is a graduate of the University of Benin said, “The reception of the book has been phenomenal, and I will say that Nigerians and Chinese are [its] largest consumers.”

“Sex and Lagos City” has been warmly received by many LGBT people in Nigeria who have been waiting for mainstream LGBT-friendly literature that is close to home.

Some authors feature gay elements in their work to promote sales, but Akojotor denied that he is doing that.

“My intention is to appeal to a global audience and to account for the different sexual orientations present in Africa, so it’s not about sales or money; it is a literary work of art,” he said.

“Sex and Lagos City” is promoted online with this teasing description: “Warning: This book may quench your fire. Set in the Lagos Metropolis are distinct personages tapering to one twisting end. CAUTION! CAUTION! CAUTION!”

The book features characters with different sexual orientations. Akpojotor said he is not promoting homosexuality.

“I am simply mirroring sex in the city of Lagos,” he said.

The writer also said that the book became one of the most downloaded books within 48 hours of its release on okadabooks.com – an online platform for Nigerian books.

Akpojotor is a prolific author, most of whose books have only been published electronically.