“Direct your anger to the thieves who loot us, not gay people” – Writer tells Nigerians

“Why should society direct its anger to two consenting adults who engages in consensual sex when one man steals pension money meant for millions of men and women who have served their countries for years?

“The real culprit who does real harm to the sanctity of the Nigerian society is the thieving politicians. 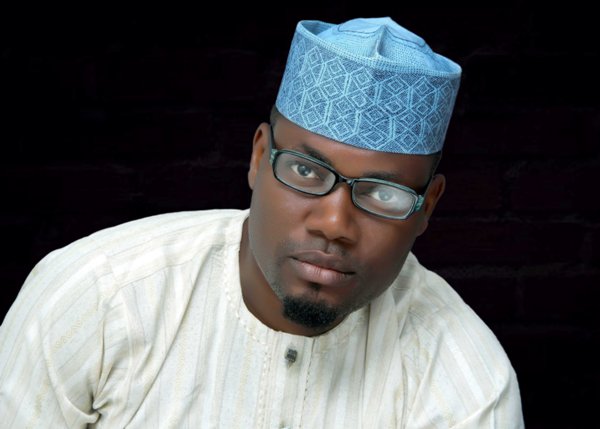 In June of 2007, an Indian newlywed, Manoj Banwala and Babli were summarily executed by their relatives. The killing was ordered by a Khap Panchayat religious caste-based council, who before then had passed a decree prohibiting ‘marriage against societal norm’, i.e, marriage between siblings, in their Karora village. The newlywed, who were considered siblings-even though in actuality they were not directly related- were accused of having broken this law and thus merited death, or honour killing.

There were five instigators of this crime, which included Manoj’s mother, brother and grandfather! The case became known as the Manoj-Babli Honour Killing Case and thus came to mirror the mindset of numerous Indians, like countless people elsewhere, on how they think society should be organized.

Honour or Shame Killing is the homicide of a member of a family by other family members or the community, due to the perpetrators’ belief that the victim has brought shame upon the family, or has violated certain principles of a community, or a religion, usually for reasons such as refusing to enter into an arranged marriage, being in a disapproved relationship, becoming a rape victim, inappropriate dressing, engaging in a non-heterosexual relationship or renouncing one’s faith.

Personally, I find it very difficult to reconcile in my mind the fact that one could summarily be executed for being a victim of rape or for dressing ‘inappropriately’, yet, throughout history, in all regions of the world, reality is that there have been those who believe, whether rightly or wrongly, that certain people with certain traits corrupt society. They argue that such persons pose a danger to the sanctity of society and as such should not be allowed to live, the rest of us will be better off without such people and so they must die!

Shocking as this and some of the reasons for this so called Honour Killing may be, I believe this belief –namely that society is sacred and corruptors of it must be excised-  sits at the core of why these crimes are being committed in many places.  For example, in ancient Roman times, the pater familias, or senior male within a household retained the right to kill an adulterous wife!

In medieval Europe, honour based crimes were known were early Jewish laws mandated death by stoning for an adulterous wife or partner.

Historically,  even though  not expressly approved in the Koran, in some Arab countries,  a killer in an Honour killing matter, would ‘ sprinkle his victim’s blood on his clothes and parade through the street displaying the murder weapon…to increase his honour’, thereby  attracting community respect rather than condemnation for taking a life.

If these crimes are considered mob action or jungle justice by certain enlightened members of society, it did not help because we see situations where even great States under powerful kings take active part in Honour killings as well. In Britain for example, the fifth wife of Henry VIII was beheaded based on allegation of adultery.

This notion of honour and shame and its use for justifying punishment which included violent killings is not unique to any one society, culture, religion, place or time.

Even though most honour killings are most times acts of vengeance, even though they are mostly targeted at women and the weakest in society, the argument put forward by perpetrators is that they are protecting the overall honour of society.  Like Asia, the Middle East and elsewhere where these crimes are prevalent today, we see traces of it or some similar crimes taking root in Nigeria as well.

Early this year in Ondo State, one Olumide who was accused of involvement in a same-sex sexual act with one Honorable Dotun, was attacked and later died the following day from wounds sustained from the attack. His partner escaped. After his death, countless people took to Facebook to write unsavory comments about him, and the mob that carried out this crime believed they did society a favour for removing these ‘aberration’ from it.

Countless times, we have seen petty thieves set alight and roasted in the streets of Nigerian cities for stealing sometimes, something as little as a Maggi cube because we feel thieves are not welcome in our society. An acquaintance once told me that in Igbo land, ‘the only act of murder that our community doesn’t frown at is when you murder the man that sleeps with your wife’. For me, this mirrors our strong distaste and desire to punish every sin but the real sins.

Even though I am not here trying to lend weight to this sort of jungle justice in the name of honour-as a matter of fact, I was so elated when in March 2010, a Karnal Court sentenced the perpetrators of the Banjol killings to death- I believe in a way, the underlying belief behind honour killing may hold true; namely, that society is better off without certain people. However, I will argue that we re-channel our hate.

Why should society direct its anger to two consenting adults who engages in consensual sex when one man steals pension money meant for millions of men and women who have served their countries for years? Why set a boy who steals a Maggi cube alight when there is a politician who has practically emptied the treasury, carting away monies meant to educate the boy in the first place?

Rather than a cross-dresser like Bobrisky, shouldn’t we be directing our anger at the thieves who parade themselves daily in this country as politicians and thus make corruption a capital offence?

The real culprit who does real harm to the sanctity of the Nigerian society is the thieving politicians. They are the ones who represent the single most damaging influence on the sacredness of our society. I am happy President Buhari has signified his interest to fight corruption, but I believe until the death penalty is enacted on serious case of treasury looting, not only will we not be seen as being serious, we will not also go far in this fight.

Even a child today knows one of our biggest problems is corruption because from the highest offices to our very homes, corruption has taken over.  So much so that in 2015 alone we lost over 15 billion naira to corruption. What this means is that, for every death that happens in our roads due to the poor state of the roads, someone somewhere has blood in his hands. For every patient that dies in a hospital due to lack of drugs, another corruptor somewhere deserves Honour Killing.

Since Nigeria became a republic, I doubt if any high ranking public official has ever been convicted in a corruption case in a manner that would serve as a lasting deterrence to others. This is why I believe that if this president is really serious he should push, lobby, do whatever it takes to make corruption a capital offence in this country.

I heard someone joked once that if we were to kill all the corrupt people, all of us in this country would be bereaved somehow. Well, the Yoruba adage is apt as a response to this;‘ti igi ba re lu igi, ti ori ni a ma koko mu kuro’. Starting with extreme looters at the top would send strong signal trickling down the line.

It is time to accept that most of our existing laws are not sufficient deterrence to the thieves among us who seem to always be one step ahead of our anti-corruption agencies by the way; time to begin to redirect that inner conviction that some people are better dead, and with the government and good people uniting, begin to make laws that will bring honour to our country by visiting Honour Killing on the thieves in our midst.

Albert Afeso Akanbi is a Novelist, Researcher and a Humanitarian. He is the author of three novels, a number of short stories and articles. Lives in Abuja, FCT, Nigeria and he is a father.