In Nigeria, homosexuality is considered a taboo subject, and so, not very many people are comfortable with talking positively about it. 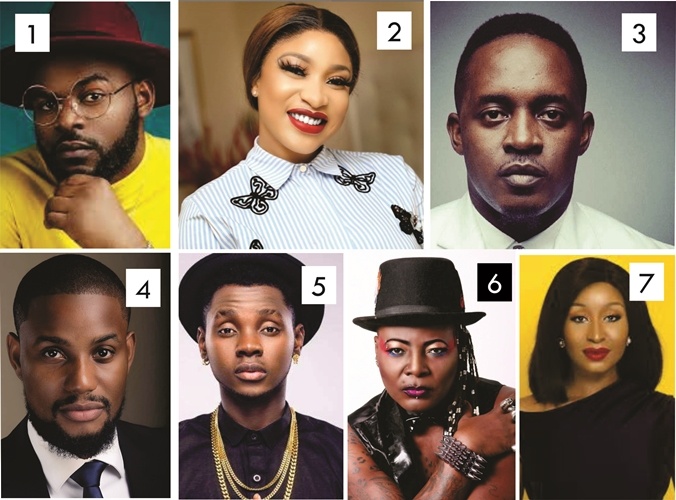 However, quite a few influential Nigerians such as celebrities have spoken out in the past in support of LGBTIQ+ equality, and urging the general public to reject the negative stereotypes and myths about homosexuality.

7 of those celebrities have been listed below.

1. Falz
Nigerian musician Folarin Falana popularly known as Falz, earlier this year, released a song with a pro-LGBT message. In the song, ‘hypocrite’ he urged everyone to stop their judgmental and hypocritical attitudes toward people including LGBTI+ people.

2. Tonto Dikeh
Nollywood actress Tonto Dikeh, has expressed her support for LGBT people a few times. At one point, she stood in support of gay American actor Jussie Smollet, after he was allegedly attacked because of his sexual orientation. She also blasted some Nigerian anti-gay protesters a few months ago.

3. M.I Abaga
Hip-hop sensation and rapper Jude Abaga, popularly known as M.I has spoken in the past condemning the Same-Sex Marriage Prohibition Act [SSMPA]. He made it clear that there is nothing absolutely wrong with being gay or lesbian and so, therefore, LGBT persons have the right to be themselves and live freely.

4. Alex Ekubo
Quite recently Nollywood actor Alex Ekubo wrote an open letter to his fans, in the latter, he asked Nigerians to let gay people exist in peace and advised them to ‘stop the name-calling’.

5. Kiss Daniel
In 2015, Kiss Daniel tweeted to declare his approval of same-sex marriage after it was legalized in the United States. In his tweet, he acknowledged that ‘love is love’.

6. Charly Boy
Controversial musician, entertainer, and human rights activist Charles Oputa popularly known as Charly Boy has been very vocal about his support for LGBTI+ people in Nigeria. In 2017, Charly Boy declared that he has ‘chosen to fight for the rights of gays and lesbians’.

7. Ashionye Michelle Riccah
A few days ago, Nollywood actress Ashionye Michelle, has come all out to let people know that homosexuality is not unnatural as many people think. She advised people to see gay people like everyone else.