Suspect in the case of murdered south african gay teen, appears in court

A man accused of murdering and dumping the body of 17-year-old Lesley Makousa appeared in court on Monday. 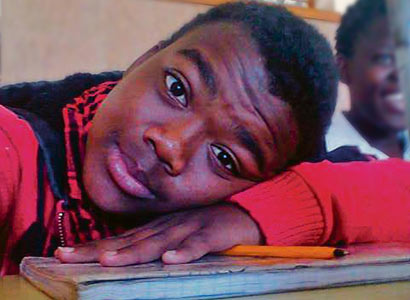 The 32 year old suspect, who opted to abandon his bail, has been officially identified as James Shomolekae.

According to NW SAPS spokesperson, Col Sabata Mokgwabone, the suspect previously appeared in court for housebreaking but will also be charged for Lesley’s murder. Mokgwabone says the suspect is still in custody and will next appear in the Potchefstroom magistrates’ court on 16 September.

Lesley who was a grade 10 learner of Promosa Secondary School was found dead by a passerby in a deserted bush in Primosa on Saturday 6 August, 2016.

Lesley who was openly gay, is said to have been strangled to death, presumably with a shoelace that was found near his body, and was robbed of his cell phone.

In a previous statement, the group Iranti-org pointed out that South Africa “still has no hate crimes legislation to guide the South African Police Services on how to identify and prosecute hate crimes”.

Mogapi wa Tsotetsi, the chairperson of Action For Social Justice International says the affected, as well as the LGBTI sector, call for the continued support of the community, different organisations and media houses in ensuring that justice prevails in these cases.