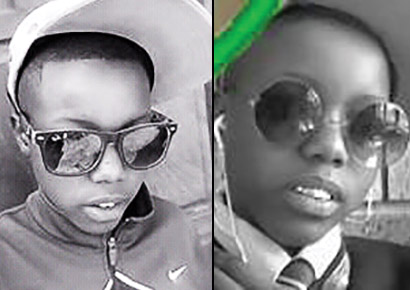 Lucia Naido, a young lesbian woman, was stabbed to death on the night of her birthday in Katlehong on Johannesburg’s East Rand.

The teen was murdered in a suspected hate crime meters from her home on March 19. She was found dying by her horrified mother, who ran outside when she heard her daughter’s desperate screams.

Lucia, who had just turned 19, loved playing football and was studying towards a qualification in fitting and turning at the Wits Technical College.

According to her friends and mother, the nightmare began with a car accident in the area at around 11pm. Many residents, including Lucia and her family, went out into the neighbourhood to investigate and assist.

After the scene was cleared, Lucia’s mother returned home, leaving her and two friends behind. Xoliswa, one of the friends, told Mambaonline that the trio stood on a street corner smoking cigarettes when they noticed two men nearby.

The men asked Lucia for a cigarette but she refused and walked away, heading back home. Xoliswa said that it appeared as if the men followed the young woman. It was the last time she saw her alive.

Minutes later, Lucia had been stabbed four times just outside the family home’s yard and soon after bled to death.

“We never saw her when she got stabbed, but the men followed Lucia. There was no one else in the street,” said Xoliswa, adding, “I am very hurt. My heart is bleeding.”

When asked why she believes her friend was murdered, Xoliswa told Mambaonline that it was “probably because she was a butch lesbian”, and because the men were angry that she refused to share her cigarettes.

Lucia was buried on 24 March. The family opened a murder case at the Katlehong SAPS and police took statements from her two friends and mother.

Xoliswa is now concerned for her own safety and fears being targeted by the two suspects (who likely live in the same community) because she is a witness. She also has little confidence that the police will find the men.

“I don’t think the police are going to do something. It is better for us to find the two men before they find us. I am scared to go outside and I can’t go to the shops. It’s not safe anymore in my own community,” she said.

“Lucia was a very young woman who had her whole life ahead of her,” commented Lerato Phalakatshela, Hate Crime Manager at OUT LGBT Well-being and spokesperson for the Love Not Hate campaign.

“She deserves justice. The Katlehong SAPS must intensify their search and arrest these criminals,” he said after meeting with the victim’s grieving mother.

“There have been many hate crimes against LGBTI people in South Africa over the years,” Phalakatshela added, “but there have been very few arrests. The system is really failing us.”

If you have any information about Lucia’s murder, please contact Phalakatshela on speakout@lovenothate.org.za.

- January 20, 2022
TAGS HOMOPHOBIALesbianLGBTMambaonlineMurderSouth Africa
NEWER POSTI Was Expelled from The University For Speaking On Gay Rights – Johnson In Uganda Tells NoStrings
OLDER POSTHomosexuals Do Not Choose To Be Homosexuals – Archbishop Desmond Tutu