A young Nigerian Christian student seems to have been blackmailed and possibly outed in photos circulating on the internet suggesting that he is gay. 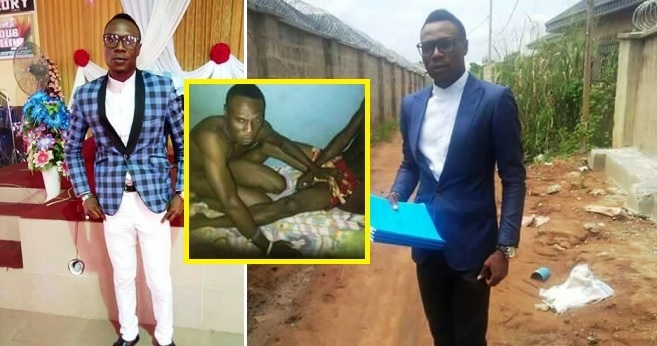 Gossip mill – A Nigerian gossip website, revealed the identity of the young man to be one Collins Gideon, a student of Otefe Polytechnic in Delta State.

Even though the picture which accompanied the malicious report showed him appearing naked and sitting in bed with another male, it did not suggest that any sexual activity whatsoever took place.

Read Also: “They are after my life because am gay” – Nigerian man seeks help

A caption on the photo read; “He was forced to continue for pictures to be taken” clearly this indicated that the young student was blackmailed, and this is completely wrong and criminal.

To prove and establish that this is indeed a case of blackmail, the photograph did not show the face of the other person in the picture with him, as it seems to have been intentionally cut out.

It was also revealed that the young man serves as a chorister in one of the popular Christian churches in the country.

Hateful comments trolling the website by Nigerians on the news showed a deep level of ignorance and as well their faulted understanding on homosexuality and Christianity.

Read Also: The Bible actually does not condemn homosexuality?

NoStrings has not yet confirmed the authenticity of this report.

Send all inquiries and eyewitness reports to info@nostringsng.com