Nigerian man stripped naked and blackmailed for being gay 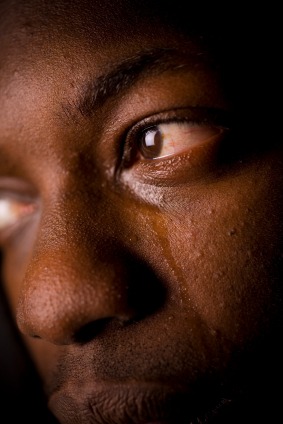 “I was grabbed, my phone was collected, and they stripped me naked and took photographs, in addition to my 5,000 naira” he said.

Fredrick, a young Nigerian man in his early 30’s was recently a victim of blackmail and extortion.

In a chat with NoStrings, he explained how he met his perpetrator.

“We met on Facebook in early June this year, and then after a few conversations, we exchanged phone numbers, that’s how we connected” he revealed.

Fredrick said that the perpetrator was so nice to him, and even called him several times in a day consistently, asking that they meet.

“A few days after we connected and exchanged phone numbers on Facebook, he started calling me frequently, he will call me more than three times in a day” he said.

Fredrick said that he has been jobless for some time, and desperately needed something to do, so during the course of their telephone conversation, he discussed it with his perpetrator who promised to help.

“He promised to offer me help, and that’s why I decided to go and see him. When I arrived at his place, people came from nowhere, I was grabbed, my phone was collected, and they stripped me naked and took photographs asking to say thing in the front of the camera, in addition to my 5,000 naira, and then, allowed me to go” he said.

Fredrick said that his perpetrator has asked that he comes back with more money or else, they will release the pictures on the internet, and then call the contacts on his phone, to inform them about his sexual orientation. He now lives in fear of being exposed.

“He is still using my sim, and keeps reminding me to make sure I come back to offer some more money if I do not want my secrets to go out” he said.

Fredrick said that he is so worried especially as potential employers might call him using the phone numbers he supplied to them, and that some have even sent him job interview invitation, but they are now stuck in that sim, as he did not retrieve details of the interview.

Read also: Man blackmails and steals from men after sex with them

“My job interview invitations are in that phone, and some may even call me, that is my major concern right now, I am hoping that they do not say anything nasty, should in case the employers call” he said.

He also said that he is unable to report the issue to the police because of the current anti-gay law, and so will need to deal with the situation privately.

“Now, I am looking for how to trap him” he said.

This is clearly not the first time that criminals have leveraged on the country’s anti-gay law to commit crimes of various kinds.

- May 6, 2020
TAGS BlackmailCriminalsExtortionHOMOSEXUALITYnakedNIGERIAPOLICE
NEWER POST5 tips that will help lesbians stay happy and healthy
OLDER POST“God, why did you make me Gay?” Nigerian man laments his frustration