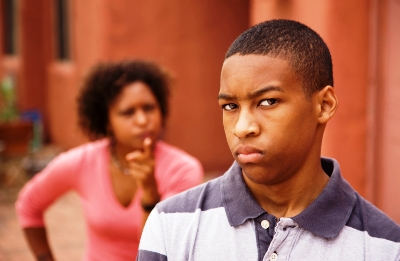 Picture is for illustrative purposes only.

Nigerian gay man details his experiences with family as they  attempt to cure him from homosexuality using various means.

Read the story below.

It was on Tuesday morning, after I had been delayed on Monday for not proving where I was going, that I woke up and stood from the couch to have my laundry. While having my laundry, I remembered my mother said she wanted a set of my outfit torn because they made me feel feminine. I saw the clothes, in order to be responsible; I picked them and went on to show it to her so she could proceed with her words. When I got to her, I said, “Mummy, these are the clothes you asked me to tear,” she first pretended she didn’t hear me. I called her like twice more, she didn’t reply. So I decided to drop the clothes beside her to go finish my laundry. As I was turning back, she told me if I moved another inch from where I was, I’d be in trouble. I didn’t take it seriously. I laughed and looked back at her. She asked me what my problem was. That after all the punishments I had received from them, I still turned deaf ears. I was fascinated as to what she meant, as I tried as much as possible not to make my homosexuality be visible to them anymore. She asked me what I had posted on Facebook about leaving the house and the interview I had some time ago. I was shocked because I don’t have a family member on Facebook, and I had posted that I was going to leave home on Monday, that was the day before the incident, after issues of mistrust came up between my family and I. She ordered me to strip and threatened to get me arrested. She buttressed the arrest threats with the conspicuous fact gay people are opened to 14 years jail term or possibly stoned to death. I began to cry fearlessly. I said to her, “I am ready to go! I am ready! Would you look at me to suffer for something which I have no idea about? Would you? And you called yourself my mother?” Those words touched her. She began to feel. She was still telling me how their ‘God’ was against homosexuality, and how He (GOD) ruined the city of Lot. Between her talk was when she touched my penis and emphasized that it is for ‘women’. And that God who created it created for women, that it was not a mistake.

She asked me series of questions. She asked if I was impotent. She asked who or what lured me into being gay. She asked more questions I can’t remember, including how I was feeling as a man.

She decided to call different people, including, a friend at school, a pastor, and one other woman who was supposedly her “Street aunt”. She told each of them what I was going through, and they all had different views. Her street aunt said, I am not sure; she was going to take me to one concoction or religious place. The pastor said that it was madness that I needed to be taken to the psychiatric as soon as possible. My friend said I was depressed, that I had a lot of things I was going through. I laughed through all their views as my mother cut to tell me. The one I would say was true was that of my friend who knew I was feeling suicidal and helpless. I told him all the pain around me, and he was able to figure my depression out.

As for the pastor, my mum listened to him, but their plans didn’t work. Although, I was taken for counseling at a hospital, and I was told that if there was no changes, they were going to suggest I’d be taken to the psychiatric. The counselor had my contact, and she tried to contact me, even till now.

After we left the hospital, we reached the church, one celestial church, and we waited till after their prayer session before we saw the pastor. After the bout, he reached us, and another part of counseling began. He told my mother he wasn’t fine by the decision of the counselor. That it was pure madness to be gay. He gave her another contact of a psychologist, but we couldn’t go because my mum said she didn’t have enough money to spend. It is tiring! I am just tired of everything, I swear!