Ex Nigerian President, Goodluck Ebele Jonathan in a statement on Monday at a forum in Bloomberg’s European headquarters in London, said that Nigeria may revisit the law that banned homosexuality in the country. 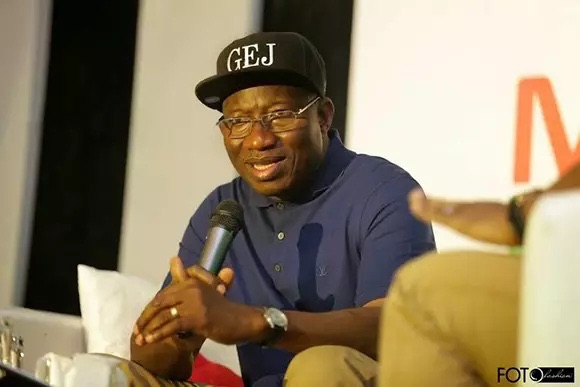 Jonathan said “as the quest for Nigerians and other citizens worldwide to have equal rights deepens, there is need for Nigeria to appropriately revisit the law”

“When it comes to equality, we must all have the same rights as Nigerian citizens”

“The nation may at the appropriate time revisit the law in the light of deepening debates for all Nigerians and other citizens of the world to be treated equally and without discrimination and with the clear knowledge that the issue of sexual orientation is still evolving.”

This is the same Jonathan who condemned homosexuals and in January 2014, signed into law the Bill which outlaws all forms of homosexual activities in the country.

This law has over the years since it was enacted, increased the heights of homophobia, promoted violence, discrimination, mob attacks, illegal arrest, extortion, and has even caused the death of many who identify as lesbian, gay, bisexual, and transgender in the country.

A recent human rights violation report collated in 2015 by TIERS in collaboration with other human rights organizations in Nigeria, showed high rates of human right violations that LGBT persons suffered in the country.

Similar occurring repeated this year as more LGBT persons have witnessed brutality, death and more arrest have been recorded by activist all around the country.

READ ALSO:
Alleged Homosexual Man Beaten To Death In Ondo State Nigeria
(Podcast) How I Almost Got Killed For Being Gay in Abuja, Nigeria!

Also, a careful look into this law has proven that the law is clearly not just about marriage but about criminalizing human rights, and does affect every Nigerian in one way or the other.

Activists in the country have continued to cry out to both local authorities and to international bodies to aid the deteriorating situation by having a second look at this very draconian law.

No doubt, LGBT persons are humans, and so therefore their rights are human rights. We hope the ex president’s words becomes a reality, and soon too, as this will sure save lots of innocent human lives and restore lost hopes.

The ex president is sure regretting his action, so while we hopefully wait for the ‘revisiting’ of this law, we at NoStrings on behalf of the Nigerian LGBTIQ community demand an apology from the ex president for scapegoating homosexuals and for signing that law that took the lives of so many LGBTIQ Nigerians.

Have your say, leave your comments below.