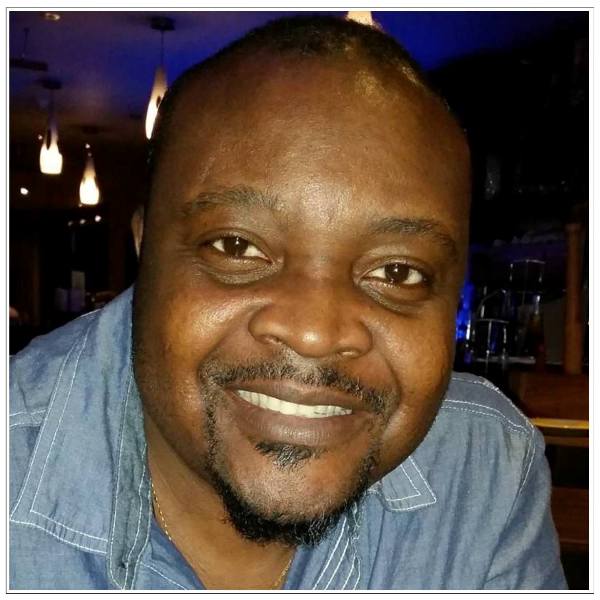 Davis Mac-Iyalla, who is a Nigerian gay Christian LGBT Activist now living in the diaspora, says that despite the struggles and death threats that he received from the anti-gay Anglican Church in Nigeria, he is still faithful to the truth.

For some while we have been witnessing the storm clouds gathering on the horizon in the Anglican Communion.

As a gay Anglican, and a Nigerian, I feel as though I am directly in the path of that storm, and Anglicans who want to remain committed to a listening Anglican Communion are in danger of finding themselves part of the trail of devastation.

I was born in 1972 in Port-Harcourt, Nigeria, and was baptized and confirmed in St Andrews Anglican Church, Bakana. As a child, my circle of friends included both boys and girls, but I gradually came to realize I felt attracted towards members of my own sex.

Sexual issues are not easily spoken about in Nigeria – the maxim is ‘don’t ask don’t tell’.

Even since acknowledging to myself I was gay, I had been and remain a committed Anglican. I was very much involved in my church, acting as a standing committee member.

Back in 2005, I set up Changing Attitude Nigeria. Changing Attitude is a UK-based LGBTI organization working for the full inclusion and affirmation of LGBTI people within the Church of England and the wider society. I started the Nigeria branch to engage with the Church of Nigeria on the Anglican Communion’s ongoing Listening Process of the experience of LGBTI Anglicans.

The reaction I got was a smear campaign from the Church of Nigeria, which exposed me to death threats, and as a result I did not feel safe remaining in Nigeria. While in the UK, for the Lambeth Conference of 2008, I got a threatening email telling me never to come back to Africa again or I would be attacked, the implication being I would be killed.

I showed this to the police and sought advice. They told me that seeking asylum in the UK was my only option. This was one of the most painful decisions I have had to make.

Back then, in Nigeria homosexuality and same-sex marriage were already illegal. That, however, didn’t stop the Anglican Church and religious leaders from pushing for more brutal laws that would increase the punishment for homosexuals and those who openly support them.

This conservative lobby succeeded when on 7 January 2014, the president of Nigeria, Goodluck Jonathan, enacted some of the most extreme anti-gay laws on the planet. For example, holding hands with someone of the same sex, or being a member of a gay support organization can earn you up to 10 years in jail.

This has been done with the hearty approval the Nigerian Anglican church.

That piece of legislation did more than ban same-sex marriage, which was already impossible under Nigerian law; it stretched out to embrace virtually every aspect of my, and my fellow LGBTI Nigerians’ identities; it captured our friends and colleagues too, our landlords and doctors.

This situation in my country cannot continue. Asylum was an option for me and for a few others, but it is not an option for the majority of LGBTI Nigerians.

Despite the attitude of many in my church in Nigeria, I still believe in the Anglican Church and its ability to heal. That is why, when I heard that the London School of Economics was researching this issue in connection with the Anglican Communion, I wanted to get involved.

The new report is published by the Institute of Public Affairs at the London School of Economics and is called Anglicans and Sexuality: A Way Forward?

It calls for a commission to be set up to investigate the role of Anglican churches and the Anglican Communion as a whole in bringing about the repeal of the sort of laws I have fought against. I was consulted by the authors for my opinion.

I think it’s important to have an independent commission that will bring all the different views in the Anglican Communion together to explore the way forward towards affirming the spiritual and human rights of all Anglicans.

The commission matters to me personally and to people in my situation because, for the first time, LGBTI Anglicans will be able to share our stories and experiences independently with an unbiased commission who will listen to us rather than talking about us. This is something we have not been able to get from the majority of Anglican bishops.

For too long Anglicans have been arguing about marriage but they should be concentrating on criminalization: if the church would come out against criminalization it would have a great impact.

Churches never move without a challenge. People outside the church make progress. They need to be pushed. But in the end, they will understand that criminalizing homosexuality causes only damage. It doesn’t stop homosexuals from being born or existing.