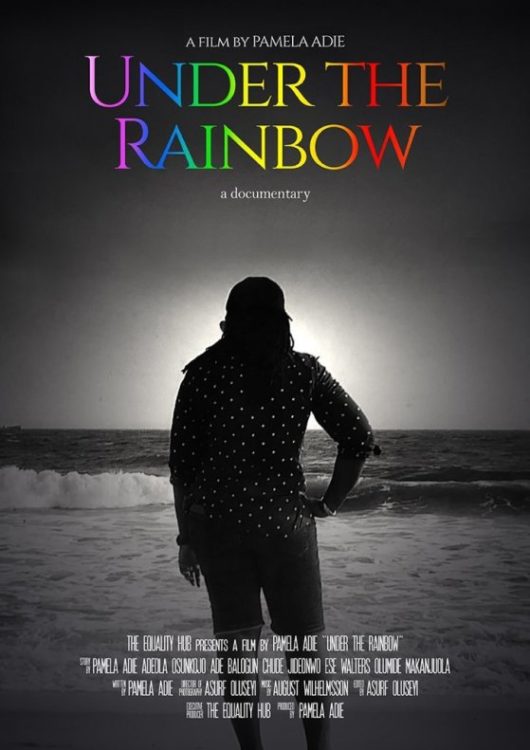 Official poster for  “Under the Rainbow”.

The long-anticipated documentary film “Under the Rainbow,” which largely focuses on the life of Pamela Adie, an out Nigerian lesbian, premiered last Friday in Lagos.

The film, directed by Ms. Adie herself, was part of an effort “to diversify the conversation around equal rights and acceptance of female sexual minorities in Nigeria,” she said.

In Nigeria, LGBTIQ persons suffer greatly under anti-homosexuality laws which generally aim to silence the voices of sexual minorities, including all those working towards LGBTIQ equality and acceptance.

However, films like “Under the Rainbow” and a few others provide an opportunity for people to “see first-hand what it is to be homosexual in an unforgivingly homophobic society, and the total alienation that can come from being despised, ostracized and ridiculed by the ones you love,” in the words of Ms. Adie, who is the executive director of The Equality Hub. 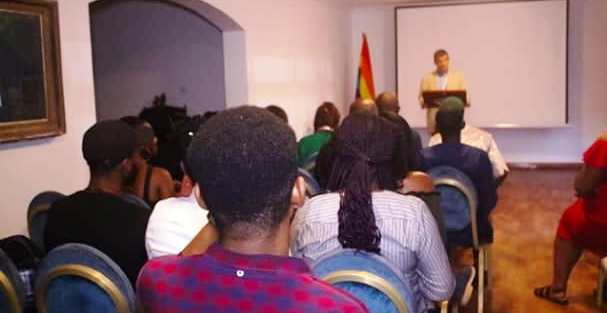 Guests seated at the premiere of “Under the Rainbow”.

The film, which was shot by award-winning cinematographer Oluseyi Asurf, uses Pamela Adie’s journey of self-discovery to open a conversation about coming out and what it truly means to be LGBTIQ in Nigeria.

Present at the premiere were some notable personalities such as  Denrele Edun, Eberechukwu McNwizu, Chude Jideonwo, human rights advocate Olumide Makanjuola, representatives of human rights organizations and members of the diplomatic community.

Speaking at the premiere, which took place at the residence of the British Deputy High Commissioner, Ms. Adie, said:

“We’re so happy to finally release this film to the public. It is no secret that lesbian, gay, bisexual, and trans people in Nigeria face many challenges, including rejection from family, discrimination, and multiple violations of our human rights. So we made this film to contribute to the ongoing conversation around social inclusion, especially for lesbians, whose stories are often not part of conversations around equal rights in Nigeria. We hope that this adds to an inclusive conversation and also inspires others to join the conversation by sharing their own stories.” 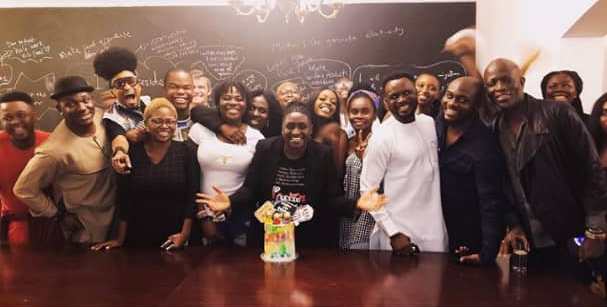 Pamela Adie [middle] and guests at the film’s premiere.

Although the premiere was a private event, The Equality Hub is organizing multiple public screenings across the country pending its digital release on its official website in coming weeks.

The first public screening of the film is scheduled for July 26 in Lagos. To attend, click HERE to register.

Watch the official teaser of the documentary below. 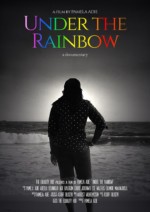 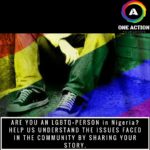 Now Out: Veil of Silence, a documentary about life as gay in Nigeria 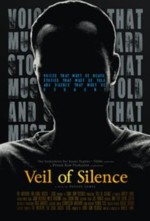 TAGS Asurf FilmsDocumentaryEquality HubLagosLGBTNIGERIAPamela AdieSEXUALITYUnder The Rainbow
NEWER POSTStaying safe as gay in Nigeria is hard, but here’s how to do it
OLDER POSTNigerian gay man addresses crucial LGBTIQ issues at UK conference