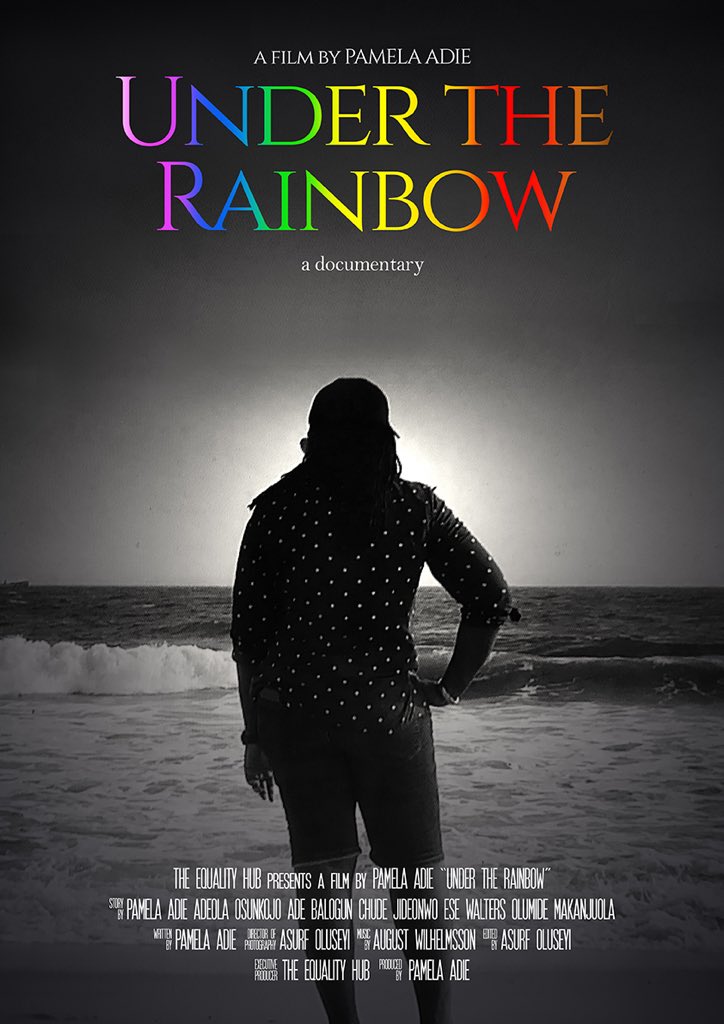 Official Poster for ‘Under The Rainbow’

The documentary film ‘Under The Rainbow’ which revolves around the life of Nigerian lesbian Pamela Adie, also features other notable Nigerians such as Olumide Makanjuola, Adeola Osunkojo, Chude Jideonwo, Ese Walters who tell their stories and experiences in regards to addressing sexuality related issues.

Equality Hub is credited as the executive director and Asurf Oluseyi an award winning Nigerian film maker doubles as both director of photography and editor, and the beautiful and elegant poster was designed by Toast Creative Studios.

Adie who is both the writer and director of the film, says the film is “is simply about love and a journey toward overcoming homophobia”

According to Equality Hub, the film is still in the works, and will be released soon.

Now Out: Veil of Silence, a documentary about life as gay in Nigeria