Visibility is key to bringing understanding and advancing LGBT equality in homophobic societies. That is exactly what openly lesbian Nigerian LGBT activist Pamela Adie is set to do with her upcoming feature-length self-directed documentary.

Pamela Adie, who is the writer, director and producer of “Under The Rainbow.” (Photo courtesy of YouTube)

Adie, who hails from Calabar in Cross River State, Nigeria, says that her upcoming documentary, “Under The Rainbow,” is simply about love and a journey toward overcoming homophobia.

“I’m making a documentary film about love, rejection, loss, and triumph set against the backdrop of a deeply homophobic society,” she said. 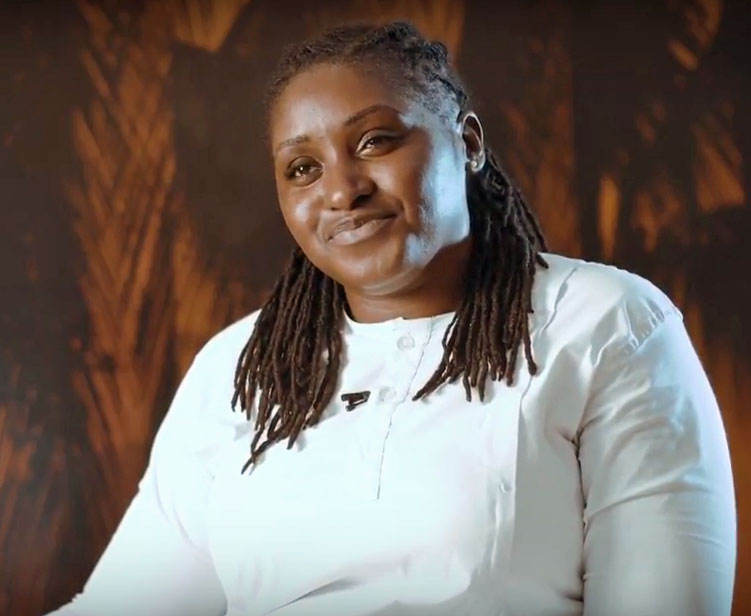 Pamela Adie in “Under The Rainbow” (Photo courtesy of YouTube)

Adie’s film revolves around her life and her coming-out story. It also explores the importance of storytelling as a tool for changing hearts and minds as a way toward social acceptance for LGBT people in Nigeria.

The Equality Hub, a Nigerian organization advocating for the rights of female sexual minorities, is credited as the executive producer for the film. Adie is executive director and a co-founder of The Equality Hub as well as the writer, producer, and director of “Under The Rainbow.”

A press release about the film states:

“Driven by the findings of a recent study in which 83% of Nigerians say they would
reject a family member who is LGBT and believe that LGBT people should not have access to public services like education and healthcare, ‘Under The Rainbow’ aims to increase visibility and create a more positive perception of LGBT Nigerians. …

Watch the trailer below.