Human rights activist Pamela Adie has debunked some of the myths around homosexuality and HIV/AIDS. 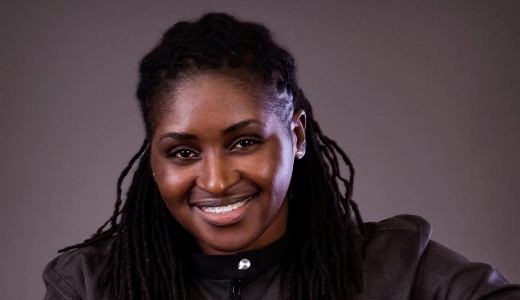 Read her write-up below.

Since our beloved Wainaina died yesterday, people have used the fact that he was HIV positive and a gay man to draw some relationship between being gay and HIV/AIDS, and to shame people living with HIV.

This is despicable and inhumane.

So let’s use this time to debunk some untruths.

According to the Nigeria National Agency for Control of AIDS (NACA), Heterosexual intercourse is the major route for HIV transmission in Nigeria, accounting for over 80% of the infections with the majority of remaining HIV infections among key affected populations.

Let’s go back the beginning. The first case of HIV/AIDS in Nigeria was in 1985, when a FEMALE SEX WORKER (FSW) was diagnosed with the disease, which was contrary to popular belief that HIV/AIDS was a “homosexual disease”.

These high risk populations, which make up about 1% of Nigeria’s population, include female sex workers(FSW), men who have sex with men(not necessarily all gay men, and also include male sex workers), and injecting drug users, according to NACA.

Although HIV/AIDS has been researched extensively in the last 2 decades, and we have anti-retro viral drugs that suppress the virus and make it untransmitable, the truth is that these drugs are not very accessible to many gay men who are HIV positive in Nigeria.

Firstly, discrimination & prejudice. Many gay men and MSM’s, face continuous systemic and cultural barriers to accessing health care they need. The fear of being outed by a health care professional who’s supposed to protect keeps many HIV positive ppl away from getting medicine.

Secondly, mass misinformation from people in positions of power continue to put out contributes largely to the ignorance we experience in hospitals, our families, houses of worship, and society in general.

So, you see, being homosexual has nothing to do with contracting HIV. NACA has it that the behaviors that contribute to new HIV infections are having unprotected sex(20% condom use among FSW), having multiple & concurrent sexual partners, injecting drugs, traditional marking, etc.

Also, HIV/AIDS infection rate in Nigeria is disproportionately higher among WOMEN. Why?

If you really care about people contracting HIV/AIDS, you would realize the complexities(which I’ve mentioned) of the problem in Nigeria, rather than subscribe to the outdated, ignorant, intellectually lazy, & simplistic notion that HIV/AIDS is a “homosexual disease”.

It’s quite clear that it’s not us, homosexuals, who are driving the HIV/AIDS crisis in Nigeria.

Among big systemic & cultural issues, the rate of infection is increasing because HETEROSEXUALS don’t like to use condoms, not because gay men are having sex.

My Experience, Being Gay And HIV Positive In Nigeria – Ola