It addresses serious concerns, off course from a personal perspective how the stereotypical world that we live in tends to cage us deep into its convenience by deleting the realistic nature of who we truly are. 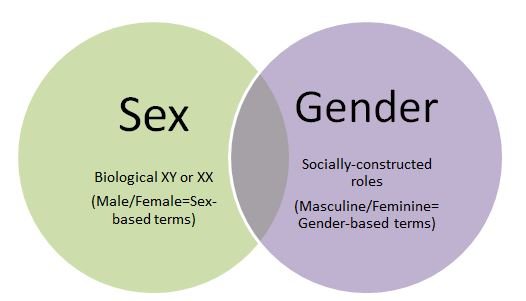 The post was originally titled “OWN YOUR MANHOOD. (Am not talking about your penis)”

I noticed that the easiest way to make the average African man feel insecure is to threaten his manhood. Watch how he quickly changes a particular part of his character at the slightest hint that it’s not very “manly” to behave that way.

Read also: This Nigerian Book, Will Help You Understand Gender and Sexuality Better!

Brothers, don’t let anyone threaten your manhood, don’t let people shove their manhood down your throat, it’s like forcing you to give a blow job, (who does that!)
I was once told that as a guy am not to carry water on my head, that it’s only girls that does that,( father lawd! I can’t deal)

Severally people has tried to shame me for going to a discreet corner to urinate when am in public, “men don’t do that” they said, “just wee by the roadside like a man.” how pathetic!
Baby boy, manhood is rainbow, it comes in different shades so you have a choice, there’s no ideal way of being a man.

Listen: I Will Not Be Gendered Up! – Seyi Adebanjo

It is your manhood, own it!

Your manhood doesn’t have to match with your father’s, define your manhood.

Your manhood is your destiny, it is in your hands, so go on, paint it how you like.
Kanu Nwankwo’s manhood differs from Denrele Edun’s manhood but they are both men.

Muhammed Buhari’s manhood is not the same with #Bobrisky‘s manhood and they are all men. Gender roles are nothing!

Don’t walk in anyone’s shoes, make your own shoes, and design it in such a way that it allows you to be and to do everything that makes you human. You may consider making your shoes unisex, in case you decide to cross dress when tomorrow comes.

Men have emotions and they show it, men cook and sweep, men carry their baby on their back, men dance and even twak, men can be hairdressers and makeup artists, every man is unique, be your own kind of man!

Next time when anyone tells you “men don’t do this.” Tell them “well, this is my OWN kind of manhood, am a man and I do it.”