Ugandan man arrested for connecting with another man on social media

A Ugandan man was arrested, bullied and physically assaulted for connecting with another man on social media. 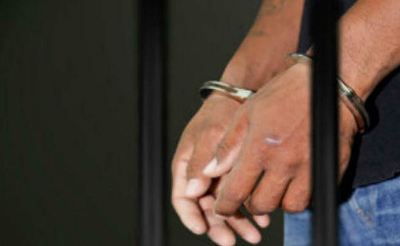 The incidence is reported to have happened on Sunday 5th February.

Read below the actual report from him.

“I was detained on Sunday 5th February at 17:00, as I was going to meet a man who had asked to see me. He turned up with policemen in plain clothes. They overpowered me and took me to the local police station and I spent a night there in custody. The following day I was transferred to the “Old Kampala Police Station”, where I was detained for another three days. I have been charged with “Cyber harassment”. I was bullied and physically assaulted while in custody by other inmates. No-one knew what had happened to me apart from the friend, with whom I have been lodging. I fear that those who bullied me will testify against me as being homosexual, and that I will end up being imprisoned.

I telephoned my friend, asking him to come and rescue me; but he was afraid to intervene. Instead he called members of my family, who showed up immediately and made matters worse. They testified that I am a homosexual who deserves life imprisonment. I eventually managed to persuade one of the policemen to release me (on 9th February) on a cash bond of 40,000 Ugandan Shillings – equivalent to $150.

I reported back today (Monday 13th February 2017) but the police refused to return my cellphone. They said that investigations are still ongoing, and that my phone is the main piece of evidence they have. Obviously, it has a record of all my messages and contacts. I was told to report back again on the 19th of February.

I am free as I write this, but I have to report back regularly to the police, and I am afraid of the further investigation.”

It has been estimated that there are about 500,000 homosexuals in Uganda, however, homosexuality is illegal under Kenyan statutes and carry a maximum penalty of 7 years’ imprisonment.

- September 30, 2018
TAGS ArrestHarrasmentHOMOSEXUALITYPOLICEUganda
NEWER POSTWhat does it ‘Really’ mean to be a man in a world filled with stereotypes?
OLDER POST“Advocating for gay rights in Nigeria has gotten me death threats”- Unoma Azuah