The Principal Registrar of Persons has 21 days to effect name changes in the national identification cards for five transgender people who sued for a compulsion order. 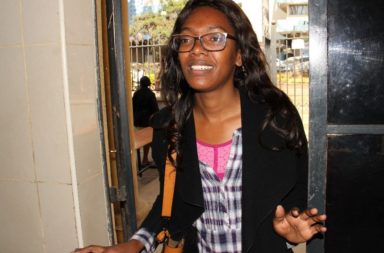 Their lawyer told justice George Odunga that despite receiving a legal opinion from the Attorney General the registrar is yet to effect the name changes in the national IDs.

The judge was told that a deputy registrar confirmed receiving the advisory from the AG “but has declined to effect the name changes.”

“There has been no information eaither from the concerned ministry, they are taking this matter lightly,” a lawyer holding brief for Colbert Ojiambo for the applicants told the judge.

Justice Odunga said that it was true that the case been put off on numerous occasions to enable settlement.

“The AG has given the registrar a legal opinion which should have settled the matter…it cannot be put off any further,”the judge said adding that such “inaction to carry out a statutory mandate is contrary to the constitution.

He then issued the 21 day ultimatum failure to which an order would be made against the registrar declaring that he had failed in a constitutional mandate.

Justice Odunga also said that the cost of the petition be borne by the respondent.

Read also: Kenyan Government moves to ban what it perceived as a lesbian podcast

The five  applied to change their names on their IDs two years ago.

They have sued the principal registrar of persons, the National Registration Bureau and the Attorney General.

In the suit, they say the refusal by the registrar of persons to change their names as requested amounts to failure to perform the duties of the bestowed in the office.

“It is also in violation of the rules of natural justice and is unfair, and discriminatory,”Audrey Mbugua said.

In an affidavit sworn in support of the case, Muia said she formally changed her name by way of Deed poll  duly paid for and processed at the AG’s office.

Maurene Muia, formerly Maurice Muia, Audrey Mbugua, formerly Andrew Mbugua Ithibu, and three others identified in court documents as Dalziel , Maria Marius and Alesandra want a compulsion order against the Principal Registrar of Persons to effect the change of particulars of their “ new” names on their national IDs.

The transgender people have won two landmark cases in which the High Court had been asked to recognise the “third gender.”

In the previous cases, the NGOs’ Coordination Board was compelled to register a transgender lobby group, TEA, and in another the Kenya National Examinations Council (Knec), was ordered to remove the gender mark in a certificate and effect a name change for Audrey Mbugua.

When Mbugua sought a compulsion order against Knec, Justice Weldon Korir observed that “a perusal of the papers filed in court clearly shows that the applicant changed her name through a deed poll which is a legally recognised method.”

“Help, my girlfriend is cheating on me with a woman” – Straight man writes

- November 25, 2017
TAGS Court OrderKenyaRegistrarTransgender
NEWER POSTFormer Nigeria’s Ambassador to Brazil Patrick Dele Cole says homosexuality is a choice
OLDER POSTWhat does it ‘Really’ mean to be a man in a world filled with stereotypes?