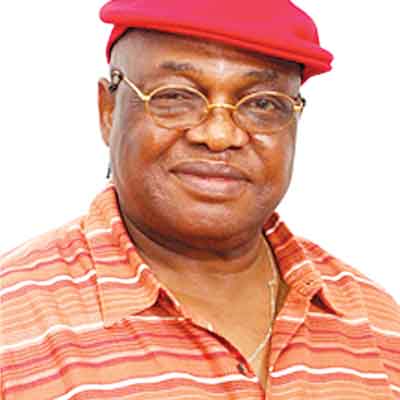 In his recent disgusting article which was originally published on The Guardian, Cole further claimed that Western media is promoting homosexuality and Nigeria will soon follow the Trend.

These are serious accusations and a display of so much ignorance on the issue of homosexuality.

Read below the full article, and leave comments below.

The last few years have seen a revolution in human sexual behaviour; some good, some not so good. We have now reached the level where English words have changed their meaning. Marriage used to mean a union between a man and a woman. Today, it means any two people, even of the same sex can be married. The Western countries have passed laws making this queer relationship legal but it is too early to know how this would affect children in the future.

The English word of what two homosexuals do when they say they are making love is “buggering,” which is sometimes a synonym for sodomy. That behaviour has been frowned upon for centuries for all kinds of reasons. But members of the Press, the English establishment, writers, and so on, who continually pushed the boundaries of morally acceptable behaviour and have fought a successful war to legitimize what used to be aberrant behaviour. It is believed that up to half of Tony Blair’s cabinet was from the GLBT (Gay, Lesbian, Bisexual, and Transgender) community.

A few years ago, the norm was such behaviour was alright between consenting adults. But the Gay community would not rest with the acceptance that what two adults do in private is their affair. Instead they organised the most effective campaign ever to force people of a different orientation to accept their offensive behaviour. I would not go into the justification proffered which had led to the present GBLT acceptance by society at large. They do have one strong argument, though, that if you are to fights prejudice that you cannot condemn the GBLT because it is a question of choice and ultimately of freedom.

My son showed me a male hippopotamus humping another male. He further assured me that many cows and sheep do it – that is how they are wired. Ergo homosexual men and lesbian women are wired that way and to condemn what to them is natural is to discriminate against them. I pointed out that millions of sheep, cows and hippos behave remarkably differently and the behaviour of a few misguided animals cannot be used to justify human behaviour! I did not win the argument.

The literati class seems to attract this aberrant behaviour of people (I use the word “aberrant” in its neutral sense)! But far more important is that quite a few geniuses in mathematics, music, painting, and so on have chosen this lifestyle whether consciously just to be different, or, in fact, cannot help themselves. Proponents argued that just as racism was at one time considered an aberrant behaviour if we do not accepts GBLT then those who are racists were equally justified on the basis that they cannot help themselves. I have deliberately turned the argument around to show its latent stupidity and absurdity.

But danger lurks. Our children go to play games, join boy scouts, girl guides and choirs – all good causes. It would seem that the GBLT recruiters find their way into these groups and molest our children until some of them begin to feel that they are naturally gay.

Is the gay movement not a class feature – only the upper classes or people who have reached a certain level of prosperity in society seem to want to be gay.

The Catholic Church used to be a bastion of gay activity between priests and children who serve mass. The church has paid billions in compensation to keep the activities of many of their priests quiet.

The point is that our children are exposed at the time they are most vulnerable to the advances of these predators. Boarding schools, male and female are fertile recruiting grounds for the GLBT community because of the vulnerability of the children at these schools.

The oddities are that so many geniuses have been homosexual. Great poets, scientists etc. Even in ancient Rome and Greece, the culture of homosexuality existed. Lately, pop artists, other artists are reputed to be – Andy Warhol, Elton John and so on. Some of the world leading mathematicians – the breakers of the enigma code, a substantial number of those who have headed or worked in the most sophisticated listening posts in the world – GCHQ – have been homosexuals. Several were arrested and jailed for what was then considered a crime. Now, they have passed a law to decriminalise them, even to pardon them.

A new scandal is building up in the United Kingdom where over 77 football academies are being investigated for sexual exploitation of children in the academy. This scandal will be much bigger than the scandal that followed the famous TV presenter Jimmy Savile and the equally infamous children story teller and actor, Rolf Harris.

It would seem to me that these are dangerous trends – the setting up of standards of behaviour today which differ remarkably from old standards under which sexual deviants lived. They knew that they were behaving illegally. Where does one draw the line? Last week there was a reprint of Hitler’s, Mein Kampf: will there not be, before long, an attempt to exculpate him?

Does Nigeria have anything to fear from homosexuals, Lesbians, Bisexuals and Transgender? (GLBT). Nigeria is open to predators because several homosexuals exploit the poverty of our people. There are male prostitutes in Nigeria servicing the expatriate and Nigerian homosexual clients. There are gay and lesbian clubs and bars flourishing in Lagos and several other Nigerian cities.

Moreover, Nigerian parents are unable to talk to their children about sex; some have lost control over them through inability to provide for them. Boarding schools are breeding grounds of first sexual experience, usually homosexual and lesbian in nature but most grow out of it while some remain inured to it. Western media and entertainment almost inordinately affect us – one homosexual movie a couple of years ago won the Oscar and today films dedicated to the GLBT community abound aplenty.

Nollywood is an uncritical copycat and will see nothing wrong in copying these deviances. (I have seen a Ghanaian version of same-sex relationships).

It would seem that our religious leaders are unable to refocus on the unacceptability of these sexual mores. Islam is ambivalent on these issues and many Muslims are known to be homosexuals. The Christians are no better.