These two Nigerian celebrities have redefined gender in Nigeria

These two Nigerian celebrities are redefining what gender means to many, and they are doing it fearlessly.

When next you see a traditional image of what society has labeled a woman or a man, don’t jump to conclusions. There’s always more than what meets the eye.

Denrele Edun is a Nigerian TV presenter/personality, known for his “crazy” outfits and fun persona.

Over the years, false claims have  circulated over the internet that he is  homosexual, because many are confused about how he has chosen to represent himself in the public glare. Underlying that confusion is society’s difficulty in understanding  gender identity, gender expression and the relation of those to a person’s sexual orientation. 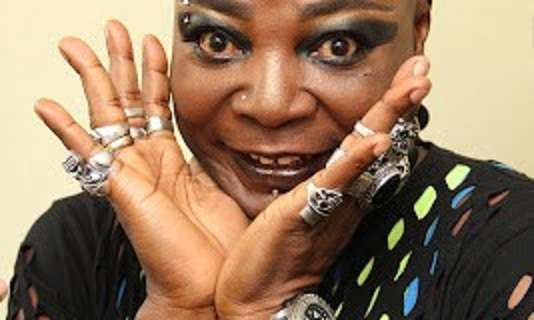 Consider also Charly Boy, whose real name is Charles Chukwuemeka Oputa. Charly Boy is one of Nigeria’s most controversial entertainers in the music and TV industry.

He too has been labeled a homosexual and called various terrible names. He has denied the claim about his sexuality and even sued a media organization that published an article about him.

Of course, his small kissing media stunt with Denrele Edun did not help matters. Many people seized on that performance and concluded that he truly is gay.

Listen: I Will Not Be Gendered Up! – Seyi Adebanjo

Those who challenge these stereotypes, including celebrities, are often called  terrible names, labeled and discriminated against. But in truth gender is fluid, meaning that people are just people, and may choose to represent and express themselves differently, depending on how they feel at a given time.

For example, a person may identify publicly as a woman, but may choose to dress and express a more masculine persona, while this person on the inside identifies as a man. Confusing? Yeah, it is as complex as that.

Read Also: This Nigerian Book, Will Help You Understand Gender and Sexuality Better!

Gender expression and gender identity are two separate things, and do not necessarily relate to each other. How a person expresses gender  in public is different from a person’s identity on the inside. Gender identity is more personal, internal, deeply rooted, a central part of many people’s sense of self.

We applaud Denrele Edun and Charly Boy for not bowing to pressures, despite Nigerian society’s harsh treatment of people who choose to be their true selves.

Have what to say? Leave comments below.