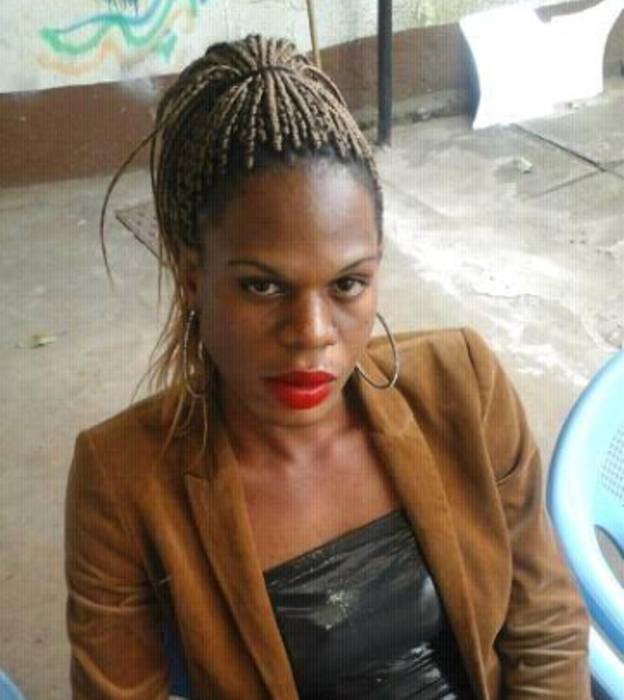 Alia said life became extremely difficult for her when the country signed the anti homosexuality bill in 2014, and her name published in a March edition of a Ugandan tabloid called ‘Red pepper’ and the headline read “Uganda Homo form cabinet” She said “My pictures were outed in a Ugandan tabloid called red pepper. The headline was ‘Uganda Homo form cabinet’. My family members read the newspapers and they chased me out from home that I was a disgrace to the family”

LISTEN: An LGBTIQ Person In Uganda Is Still Very Much Unsafe – Brayo Bryans

It forced me to flee to Kenya to seek asylum. I came to Kenya in February 2015. I was taken to Kakuma refugee camp where I was registered by unhcr but life in camp was very hard. Fellow refugees attacked me, beat me up. I was undressed because they wanted to know if I am a boy or a girl.

Alia was later transferred by UNHCR because her life was in grave danger, but she still faces difficulties living as a Trans woman. She said “In July 2015, unhcr transferred me to Nairobi on protection issues. Right now I am in Nairobi but still face the same problems of discrimination.  Eviction from houses, physical and verbal insults because of my gender identity”

Alia also complained that she experiences frequent arrests from the Kenyan transphobic police who often abuse her. She said: “I experience frequent arrest by police officers, and the asylum process is also very slow”

Homosexuality is illegal under Kenyan statutes and carry a maximum penalty of 14 years’ imprisonment, except 21 years in certain aggravating circumstances. Sex acts between women are not mentioned specifically in those statutes, although it is arguable that the gender-neutral term “person” in Section 162 of the Penal Code includes women.

Alia now lives in fear, and is currently seeking for support from anyone who wishes to assist her. Add her up on Facebook using the address: https://web.facebook.com/mudali.simon