Babatunde Fashola, ex-governor of Lagos State and now Minister of power, works and housing says he doesn’t know that gay people were persecuted in Lagos state. 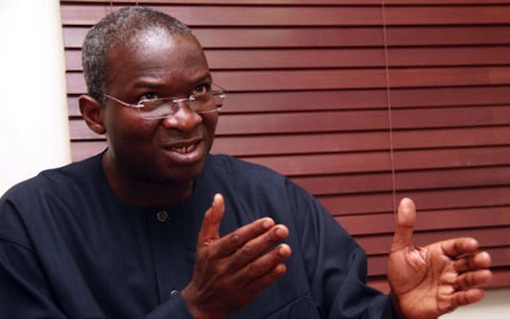 Responding to a question about his stance on homosexuality, and the condition of LGBT persons in Lagos state, as well as last year’s arrest of about 40 men who were accused of homosexuality and paraded by the media he said: “the 40 incidents that you mentioned, I am not aware of it. As you might know, I am no longer governor of Lagos state; I ceased to be governor in 2015.”

Fashola also said that he has never been homophobic. He said: “I have never made a statement against the LGBT community; I don’t recall ever making such a statement. So wherever your source came from, that is grossly inadequate” He said.

According to many reports, surveys and polls, Nigeria tops the list of homophobic countries in the world. Even though being gay is not criminalized, the anti-same-sex marriage law and the penal codes which criminalize certain sex acts even amongst consenting adults, make it susceptible for gay people to suffer persecution almost on a daily basis.

The persecution of LGBT people in Nigeria is on the rise, and the humiliation is often made public and the innocent victims are usually paraded by the media, so, therefore, it is inexcusable and outright hypocritical for Fashola to deny knowledge of such happenings in his own country.