A Nigerian trans woman describes the perils of living in a society where trans people suffer discrimination, violence and even death. 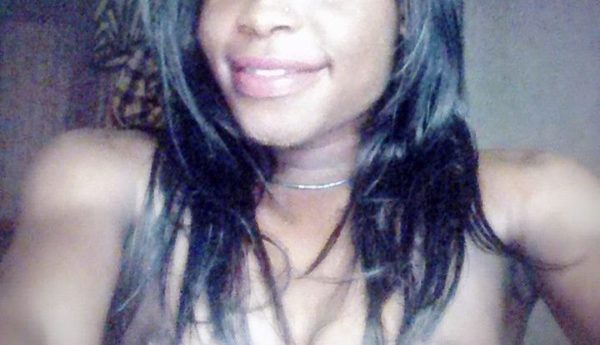 Photo of Ekombong courtesy of NoStringsNG.

In Nigerian media, trans people have almost no visibility. The hardships and discrimination they face are unreported. The facts of their lives are misconstrued. Their stories are sensationalized.

To encourage a better understanding of what trans people go through,  Ekombong,  a 23-year-old Nigerian trans woman, shared her experiences with NoStringsNG.

Ekombong has endured all sorts of violence and abuse, including once being stripped naked, beaten, and almost burnt alive at a nightclub in Nigeria.

Read also: Nigerian trans-woman: ‘I felt the more sex I had with women would change me’

While growing up in the Akwa Ibom area, she was a very feminine boy and, as a result, did not really have friends, she said.

“At first my family was very supportive. They didn’t take it [my effeminate looks and mannerisms] seriously, but as I grew older, they didn’t let me be myself, especially my dad. He forbade me from putting on girly things, and has been violent to me once, but does verbal abuse more often,” she said.

As a distraction from everything she had to endure at home, she said she resorted to visiting night clubs dressed in feminine clothing, but things turned ugly there.

“I had to look for a way to free myself. I took to cross-dressing at nightclubs. I enjoyed it for a while until I was discovered by a man at a club who invited me to join him in his car.

“After many pleas from the young man, I obliged, but he wanted to rape me. He threatened to kill me if I didn’t undress for him to have sex with me. But when I did, he realized that I am not a girl by birth so he hit me and alerted a homophobic mob who nearly killed me. They beat me with sticks and injured me with bottles and knives. I was almost burnt alive, but I cried and begged for my life before they let me go but not after they robbed me.”

Ekombong was later expelled from the university for putting on feminine looking clothes.

“A year later, I got admission into the university, and since I know that I do not look very good in masculine-looking attire, I decided to cross-dress at school. But I was expelled on the grounds that I was suffering from ‘gender identity disorder’ and was advised to see a doctor for treatment.”

Ekombong turned to a doctor for help.

“I got tired of living like a boy. I needed to be free so I decided to see a doctor at the General Hospital Calabar, I thought he was going to understand and help me, but I was totally disappointed. He told me that he was unable to help me in any way.”

Listen: “I have always been a woman” – Miss SaHHara, Nigerian transsexual says

Life for a trans Nigerian is frustrating, Ekombong said.

“I want to be free to live my life in my country. No one ever advocates for my kind here.

“I’d like to get asylum too. I need help because I am getting lots of threats from people everywhere,” she said.