“I have always been a woman” – Miss SaHHara, Nigerian transsexual says 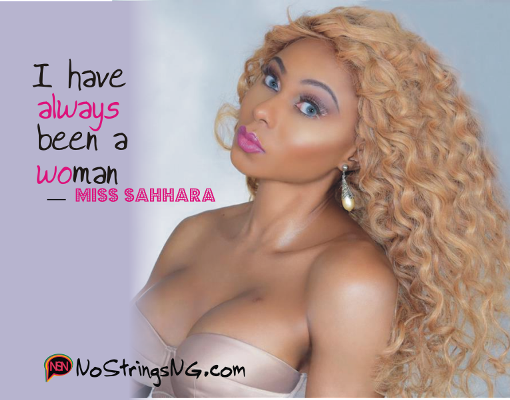 British Nigerian born transsexual and beauty queen, Miss Sahhara, tells NoStrings that she has always been a woman.

In an exclusive podcast interview with NoStrings, the beauty queen, singer/songwriter, model and Trans right activist, said that it is not true that she suddenly decided to be a woman overnight. Debunking the lies that keep spreading in the media, she said: “Being a woman and living in your true gender is not a lifestyle. There was no time of epiphany, it’s like someone asking you when you decided to be male or female, am sure your answer will be, since you were born. So I have always known that I am female, my brain has always been female” 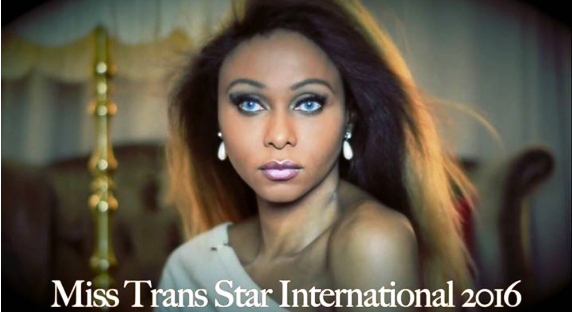 She also spoke about why she decided to move away from Nigeria, she said “Moving to the United Kingdom was my redemption, it was either staying in Nigeria, continue being bullied, harassed, beaten up, and succeed in killing myself, or moving away to a more open minded society to leave my dreams to my fullest potentials, so I took the latter”

Miss SaHHara was crowned the first super Sireyna, a global transgender pageant in Philippine for exceptional individuals with talent, grace and brain on one of Philippines biggest daytime television show called Eat Bulaga on GMA Network, where she represented Nigeria, surprising a total number of over 1.4million people who ended up viewing the show.

She will be representing Nigeria in the upcoming 2016 Miss Trans Star International pageant that will be held in Bercelona, Spain, on the 17th of September and tickets are up for sale HERE.

Why I Did RagTag – Adaora Nwandu