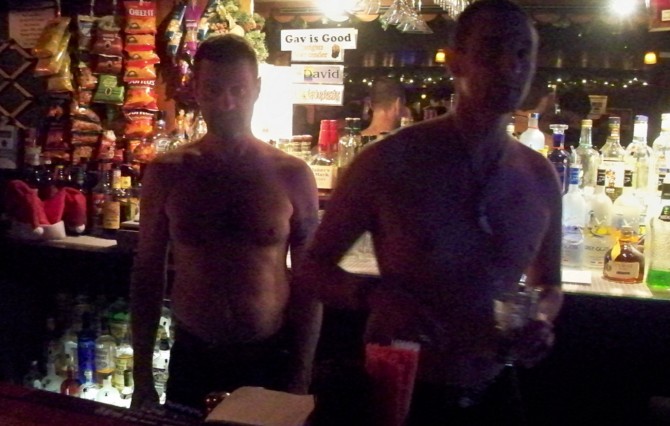 Outing someone for the sake of outing them is never a good idea, just ask Gawker.

But what happens when there are repercussions involved that affect the people you love? The ethics become much more grey.

Luckily, people have the internet to turn to in times of crisis. And while that statement is meant to be ironic, in the case of one utterly perplexed woman, it turned out to be true.

It was my colleague’s birthday yesterday. He is gay and wanted some of us to come out to a gay bar with him to celebrate. Even though I am straight, I LOVE going to gay bars (they’re so much fun and play better music!) so I was looking forward to the night. We went out for dinner first and my boyfriend joined us. He left before we went to the club since he had to work a night shift at the hospital, told me to have a good night and he would see me the next day.

The night was going well. We were drinking, dancing, having a good time, when I noticed my boyfriend’s father across the dance floor. I had to do a double take. Let me preface by saying that, while I wasn’t completely sober, I was in no way intoxicated at this point. I thought it was odd that he was here, because:

1. He is straight (or so I thought), married to his wife for 30 years, and they have three children together and
2. He lives an hour and a half away

He didn’t see me, but I watched him as he was laughing with another man and running his hand down his chest. Then they started making out intensely. I got sweaty and nauseous at the sight (not because he was kissing a man, but because he was cheating on his wife). I discreetly took some photos with my phone, just in case. I told my friend I wasn’t feeling well and had to go home.

I could barely sleep all night. I made sure to leave for work before my boyfriend got home from the hospital.

I don’t know what I’m supposed to do. I’m literally at a loss right now.

That is certainly a doozy.

But one comment caught our eye (as well as the original poster’s eye) for it’s nuanced read of the dynamics at play.

LEAVE YOUR COMMENTS BELOW.