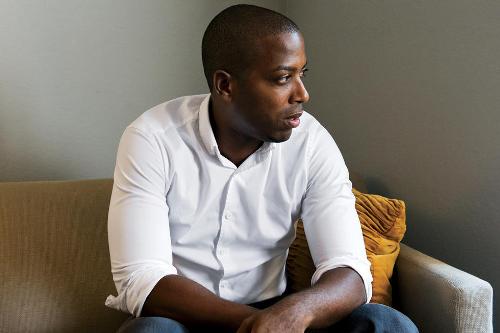 Because I am a man, it is expected that I would one day marry a woman, have kids, build a heteronormativeempire! While all these are quite beautiful dreams to have, somehow, it rules out the fact of a possibility that I may not be sexually attracted to a female enough to want to make a family with her.

I like girls. They make quite good friends. With them, I stand the chance of debating men, discussing fashion and makeup and beauty… My best, closest friends have always been females; my sister, my step-mother, my step-sister, my grandmother, school mates, Facebook acquaintances…and the last thing I would want to do is hurt them intentionally. I have no sexual affection for the opposite sex because I am gay. Due to the fact that my family wants the best for me, they would rather have me, a gay man; have a relationship with a girl.

They would rather watch me with attention as I’d go through the vigorous task of asking her out, engaging her, marrying her… But that’s when problems are much more compounded than you think. A man owes his wife duties; she can ask for sex when she wants it; she deserves some bedroom, and outdoor romance; she deserves her husband’s attention at home; she wants him to acknowledge how sexy she is to him…

1. What if I do always get reminded to fulfill those duties, and what if I can’t fulfill them?
2. What if she gets sex starved?
3. What if I advance for sex only when I think it’s time to have another kid?
4. What if I am not so romantic?
5. What if her advances at a time I want to chat with my boyfriend annoys me? Will I overreact? Will I leave the house? Will she think it’s her fault?
6. What if I say things she doesn’t want to hear; things that show that her husband doesn’t seem to appreciate her every gesture?
7. And if her constant tears affect the fetus’ development, who will be blamed?
8. Will she vent her anger and frustration on my innocent kids?
9. Will she report me? Will I claim she’s too promiscuous that I cannot satisfy her urges?
10. What if she’s not so exposed, and suffers in silence, adamant to leave like I might be hoping and wishing, because the key to a successful marriage is a strong and enduring woman?
11. What are the chances of the marriage being successful? She thinks I’m her lover, she wants what a lover gives; can I?
12. What if she’s your sister, cousin, niece, aunt? But really, do you want me to marry your sister or cousin or niece or aunt?

If I must fulfill society’s expectations to marry a woman when I do not wish to and if I do not want to, I think that everyone would be hurt. This is why we should let love lead us. I should be with the man that brings me happiness and a sense of security. One whose embrace is a tangible, shoulder broad, strong and hard. One whose breathe I want to feel beside me all night. One whose heartbeat I’d long for. A man whose moustache would look just fine too. One whose bulge in the front of his trouser would make me smile in acknowledgement… I love men, and that is my fantasy. I’m just gay…