Andrew, a Nigerian man, was yesterday suspended from his job over claims that he is gay. 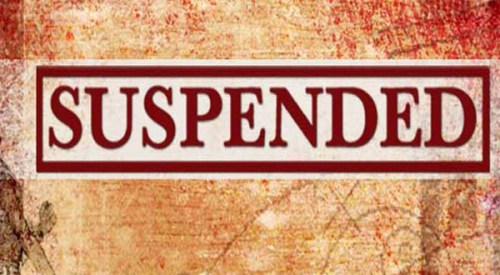 Andrew who has been working for over two years as a cook in a Nigerian hotel based in Port Harcourt, said that the whole thing came as a shocking surprise to him when he was summoned to a panel by the hotel management who inquisitively pressed to know if he is a gay and suspended him over the issue. Speaking to NoStrings, he said;

“I was called into the managers officers, were they started asking me about if I have a girlfriend and how come they have never seen her visit me at work, but yet I have been seen to have romantic conversations on the phone, I was shocked and surprised that they were asking me about my own private life, something that had nothing to do with work.

Andrew said that he became very irritated and couldn’t stomach the embarrassment and therefore unconsciously raised his voice in anger to defend himself, but this further provoked the management who said that they were suspending him for further investigations. He said;

“They have given me three weeks suspension, and I am just ashamed and embarrassed. I can’t believe that an organization that I have been loyal to for two years, will do this to me. They have even reduced my salary, and things are very difficult for me right now.

So far the hotel has placed a notice outside its front, seeking for a cook, whether or not they are replacing Andrew NoStrings does not know yet. But Andrew said that one of the managers has called him to come for further questioning. He said;

“One of my managers, who at the meeting promised to investigate the issue, called me on the phone and asked that I come to see her for talks. But since the event, I have been very ill, and could not go, I just hope that I get a new job because I can’t imagine how I would be treated if just in case my position is retained at that hotel. But right now, I do not know if i am still suspended or sacked” He said with tears.

Andrew is a professional and excellent cook with a diploma. He has been very loyal and respectful to his employers.

Being gay or straight does not affect one’s ability to deliver quality services as a professional at their work spaces. Also, trying to investigate, spy, or intrude into the private lives of individuals is clearly a violation of their right to privacy as stated in section 37 of the Nigerian constitution, which states; “The privacy of citizens, their homes, correspondence, telephone conversations and telegraphic communications is hereby guaranteed and protected.

It is a shame that the hotel management will descend so low, and act very unprofessionally by digging into the life of a loyal and diligent employer and taking aggressive actions entirely based on assumptions.

We sympathize with Andrew the victim here, and will support his decision if he decides to go to court to seek redress of the matter.

Suspect in the case of murdered south african gay teen, appears in court